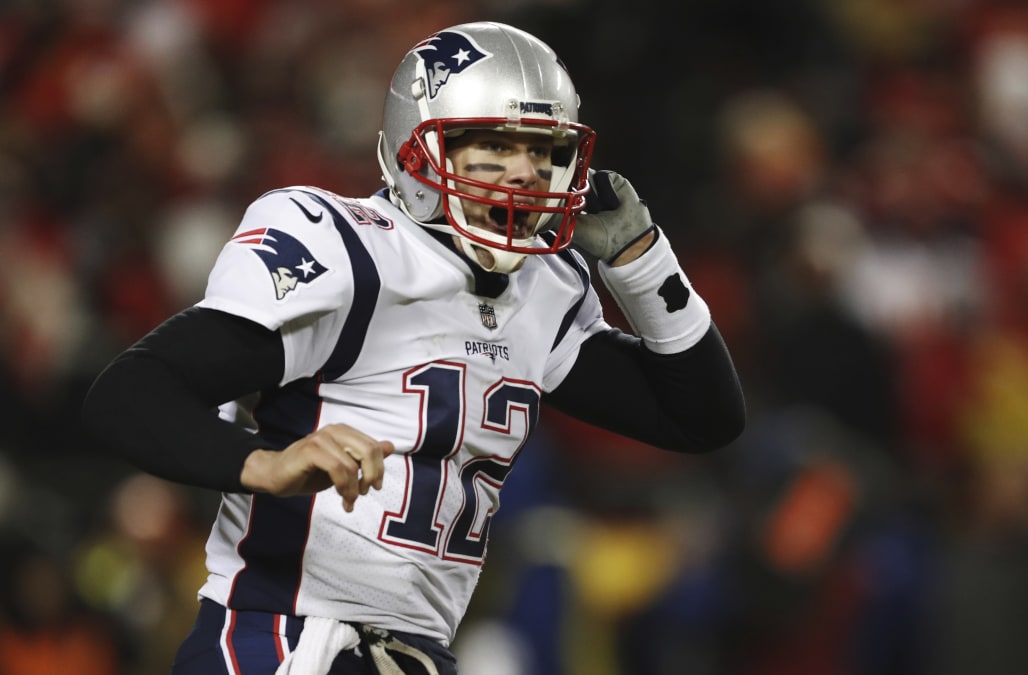 "I know everybody thinks we suck," the 41-year-old Brady said after the Patriots dominated the Los Angeles Chargers to advance to Sunday's AFC Championship game in Kansas City, another matchup the team wasn't favored to win.

SEE ALSO: NFL to investigate report of laser on Brady at Kansas City

But they did win. As did the Los Angeles Rams, who were the underdog in the NFC despite remaining undefeated for the first eight weeks of the regular season.

So sets up Super Bowl LIII – which happens to be a rematch of Super Bowl XXXVI, when a then-24-year-old Tom Brady won his first ring and started a dynasty.

New England was a 14-point underdog in that Super Bowl against the Rams, but the tables are turned this time around. Take a look below at what Vegas Insider and FiveThirtyEight are predicting for Super Bowl LIII.

(AP Foto/Charlie Neibergall)
Up Next

More from Aol.com:
Saints owner: 'I will aggressively pursue changes in NFL policies'
'Saints Got Robbed' billboards show up in Atlanta ahead of Super Bowl
Andy Reid wonders why official didn't warn Dee Ford he was offside