Tom Brady on 'underdog' Patriots: 'I know everybody thinks we suck' 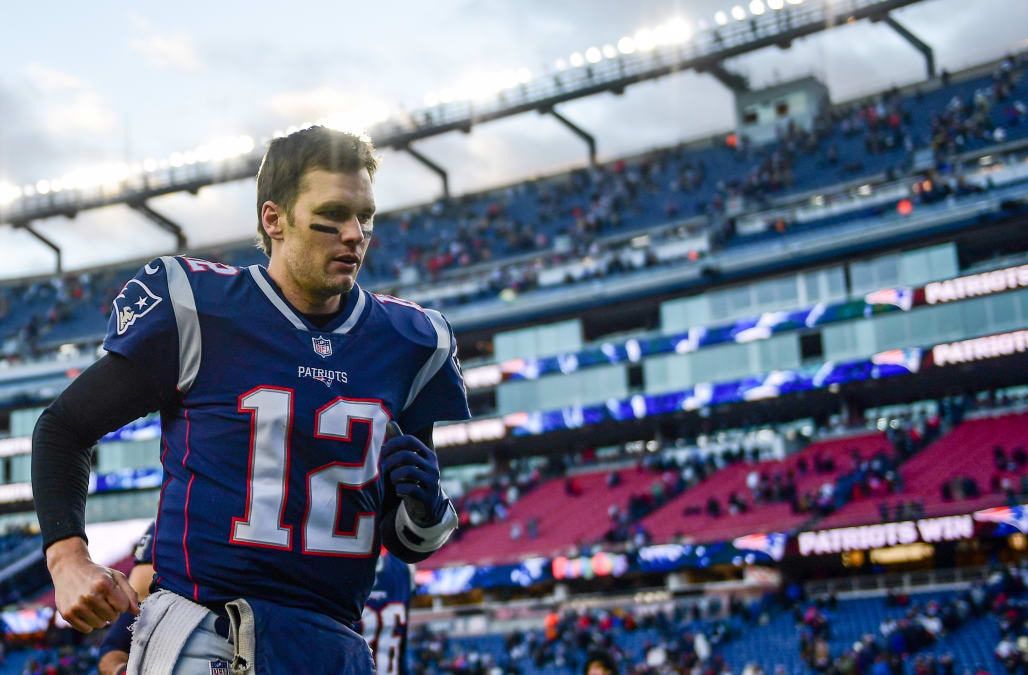 FOXBOROUGH, Mass. — The too-old, too-injured, too-slow 40-something quarterback had just reached his 13th career, and eighth consecutive AFC championship game and he seemed eager to cash in on the rarest of labels for his New England Patriots — underdogs.

“I know everyone thinks we suck and, you know, we can’t win any games,” Tom Brady said, enjoying it all.

The criticism of these Patriots has been so vocal and so widespread that it has managed to do the impossible. The greatest dynasty in NFL history, one seeking its third consecutive Super Bowl appearance, is now playing the “nobody-believes-in-us” card.

Early in the fourth quarter, with New England easily en route to a 41-28 annihilation of the Los Angeles Chargers here, they even blared “Livin’ on a Prayer”, the anthem of the near-hopeless. The crowd (which included Jon Bon Jovi himself) howled along like it was somehow true.

Down on their luck. It’s tough. So tough.

What have the pundits of professional football done? The Patriots are the last team that needs the emotional lift of having a chip on their shoulder. They are playing Kansas City, which just won its second playoff game in a quarter century, but it’s New England no one believes in?

New England hasn’t needed this since 2001, Brady’s first season as a starter, where the Patriots, of course, won the Super Bowl.

And so no matter how many declared them ready-for-burial, the Patriots had a simple message as they throttled the Chargers.

Of course not. It was like everyone forgot what the calendar and the map read. This is January and this is Foxborough and this is what happens. This is always what happens. Eventually, everyone who declares the Patriots dynasty is over will be proven correct, but that’s sort of like reporting that some ailing celebrity will eventually die. Sure, eventually.

About the only thing it does is offer New England some fresh satisfaction. Does Tom Brady like proving everyone wrong?

Well, they won, and now they head to Arrowhead for the first time since Sept. 29, 2014. They got pummeled, 41-14, that night, setting off one of the original rounds of “New England-is-cooked” talk.

Dilfer’s comments are maybe the most famous of the Patriot dismissals, but in fairness to him, he was hardly alone. Then, or through the ensuing years.

None of this assures victory against Patrick Mahomes and the Chiefs. New England won’t be, nor should be, the betting favorite. Here’s guessing the Chiefs employ a far more aggressive defensive plan than the Chargers, who gave the receiving corps ample room to run. Maybe they lose. Maybe they win. But what arrives in Missouri next Sunday is not some wobbling pretender. It’s still the Patriots, who forever succeed because they are in a constant state of reinvention. Just when one version of the team is finished, another appears.

Is Rob Gronkowski the downfield threat he used to be? No. He had one big one Sunday, a classic rambling, banging charge through the middle for 25 yards. That was more about nostalgia though, at least for the roaring fans. “Definitely great to get that love,” Gronk beamed after, in what may be his final game at Gillette Stadium.

But Gronkowski’s main contribution was plowing Charger defenders out of the way as rookie running back Sony Michel, perhaps the most talented back they’ve had here during the Brady-Bill Belichick era, rumbled for 129 yards and three touchdowns. The 23-year-old was the offensive star of the game.

Classic Patriots. Whatever it takes, however it takes. While this may have been about proving the doubters wrong, it wasn’t about proving Gronk is the receiver he was by building the game plan around him like it was 2015.

Winning speaks loudest and answers all the smaller questions. So, told to block, Gronk blocked. The glory is in the scoreboard.

“We’ve been hearing things like that for years,” Gronkowski said of the critics. “We just laugh about it.”

Feel free to doubt the Pats next week, but know that what happened here Sunday was an absolute steamrolling, one of the finest playoff performances of the era. New England won the toss and for just the second time this season chose to receive the kick, eager to make a statement.

“Played a good game today,” Belichick said, which is what passes for high praise.

His players are clearly violating the team’s “Ignore the Noise” mantra and listening quite closely to the talk that they are done. Belichick probably doesn‘t care. He was as focused as ever after, declaring he didn’t care about the consecutive conference title game milestone or touting any individual players for their strong play — “we got plays from everybody,” he said.

Belichick isn’t the winningest coach in NFL history by accident, though. If clapping back at the talking heads is what ignites a new fire under some old players, then so be it.

Once down on their luck, they’re onto Kansas City.

More from Yahoo Sports:
• Robinson: Tough questions ahead for Cowboys in the offseason
• Brown: Rams winning the heart of Los Angeles
• Report: Gronk will consider retirement after the season
• Report: Sarkisian heading to Alabama, passing over NFL