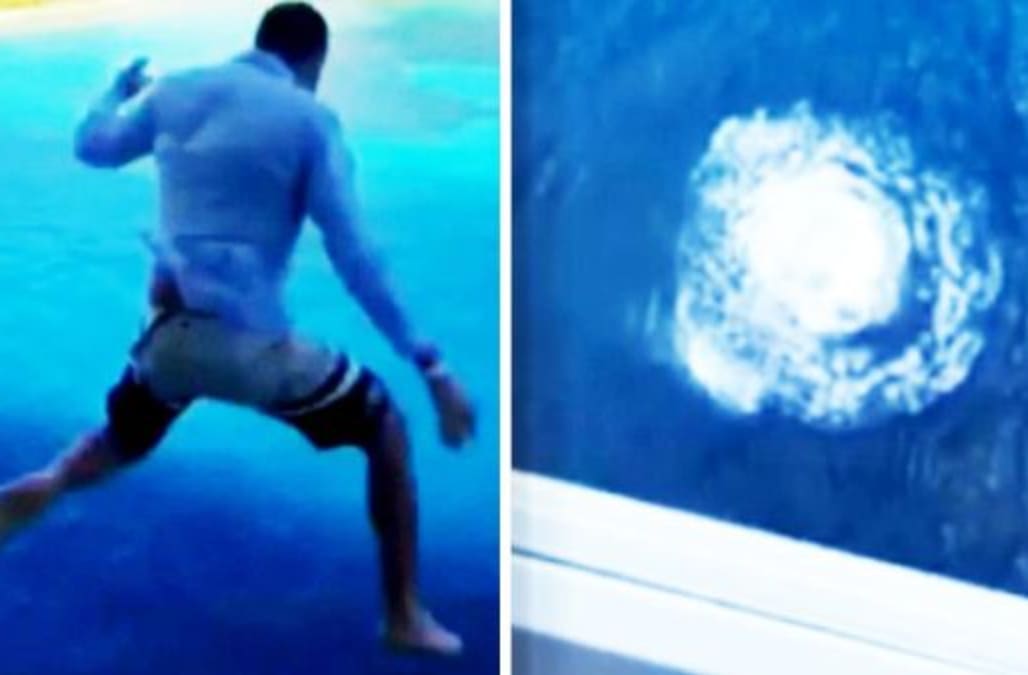 Royal Caribbean has banned a group of thrill seekers after one of the men jumped off the cruise ship’s high deck.

The video, which has been gaining immense traction on social media, shows Nick Naydev of Vancouver, Washington, thoughtlessly plunging into the waters more than 100 feet below. Though the boat was docked, the stunt, equal to jumping from an 11-story building, was incredibly dangerous.

"I was still drunk from the previous night. When I woke up I just decided to jump," Naydev explained on his Instagram. "Never felt more alive."

SEE ALSO: Watch: Unsuspecting fisherman gets inked in the face

The cruise line was less than pleased, though, and commenters online echoed the sentiment.

"This guy thinks this stunt is going to bring him some sort of legendary status on the internet…WRONG! It does prove what a complete moron you are," one Instagram commenter exclaimed.

Luckily for Naydev, he was rescued by a small boat and, though he claims he couldn’t walk for three days afterward, came away from the stunt with only minor injuries. But he may be facing more than just a cruise ban. Owen Torres, a spokesman for Royal Caribbean, called the incident extremely dangerous and told the Sun Sentinel that they are "exploring legal action."

Watch his reckless behavior above.