Watch: Unsuspecting fisherman gets inked in the face 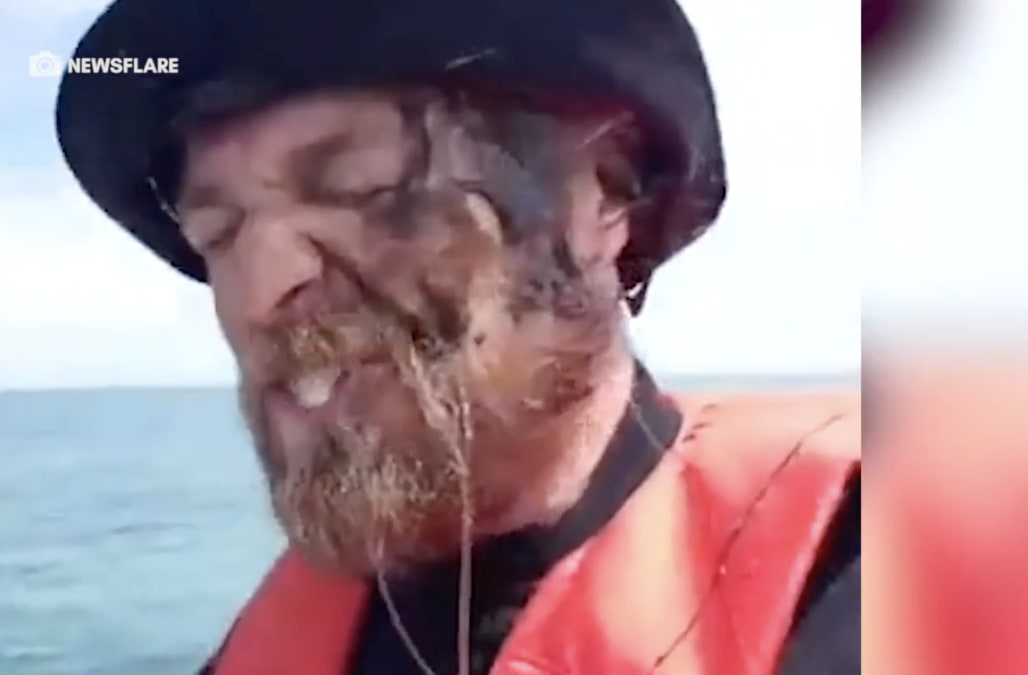 Two fishermen got a little more than they bargained for when trying to reel in a squid.

Casey Mitchell and Jarrad Edwards were competing to see who could catch the most squid off the coast of St. Kilda in South Australia when the pair spotted one particularly large creature lurking beside the boat.

It took a few attempts, but Edwards finally reeled in the squid — which is when the beast sprayed black ink all over his face.

Mitchell, who caught the whole thing on camera, couldn’t stop laughing as ink slid down his friend's face and into his mouth.

“I saw the squid inked in the water so I thought I was safe,” Edwards told the Daily Mail. “Little did I know it had a backup plan.”

Watch the hilarious incident above.

More from Aol.com:
Women caught twerking on top of moving SUV in viral video
Baby survives after car seat falls out of moving car
Watch: This guy's crazy balancing skills will blow you away