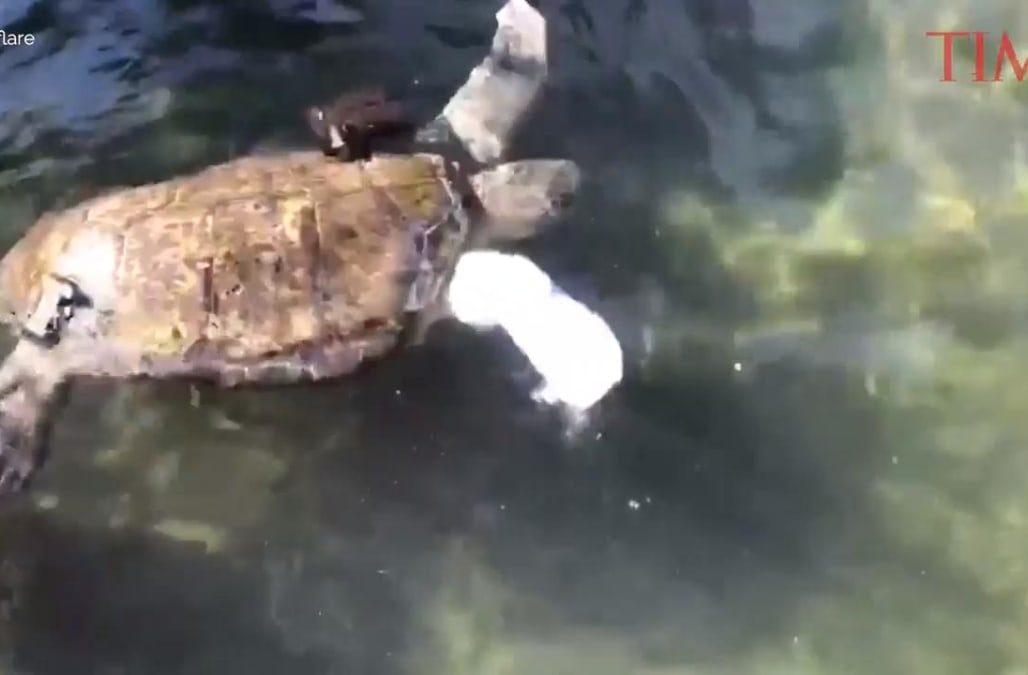 A sea turtle named Rocky is getting a new lease on life thanks to a prosthetic flipper.

About 20 years ago, Rocky was hit by a boat which resulted in him losing his front right flipper. The loss made swimming difficult and resulted in a cracked shell as well. But in 2001, he was rescued by the Orlando aquarium, and the people who worked there set about to find a solution to Rocky's problem.

They started by giving him a life-jacket-like device to get around, but soon realized he didn’t have much control. “He couldn’t swim in straight lines and would spin around a lot and lean way to the right,” operations manager Genya Yerkes told the New York Post.

See Also: Terrifying footage captures a bull knocking a woman off her scooter

So they decided to reach out to prosthetist Kevin Carroll, who was more than happy to help.

An animal lover, Carroll drove seven hours just to see Rocky in his natural environment and measure him for the flipper. Even more amazing, he built it in his spare time. “We put so much focus into making sure the prosthetic was correct so once he got into the water it was a wow moment,” Carroll exclaimed.

Recently, Carroll completed the flipper and Rocky got to try it out for the first time. The team caught the moment on film, and the turtle's reaction is truly heartwarming.

Watch him celebrate his new found freedom above.

US Coast Guard rescues turtles
Up Next