Terrifying footage captures a bull knocking a woman off her scooter 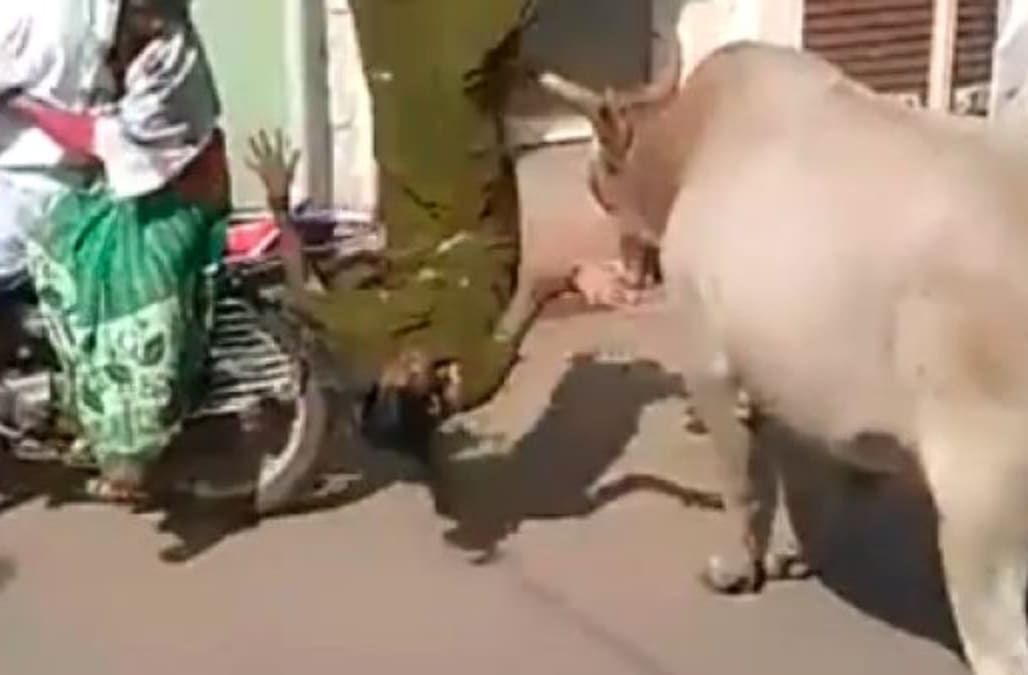 A bull in India gave an unsuspecting passenger on a motor scooter a big scare.

In the state of Karnataka where the incident took place, bulls are considered sacred and harming one is against the law. This particular bull was roaming near a popular Hindu temple, when he decided to take out his frustration on those nearby.

As a scooter carrying two passengers gets closer, the bull goes straight for the vehicle, horns down. In a split second, the creature has thrown the woman from the backseat. She does a somersault before slamming into the dirt road. Luckily the woman only sustained minor scrapes.

Those who witnessed the event immediately called a government vet to tranquilize and move the bull.

Watch the terrifying moment above.