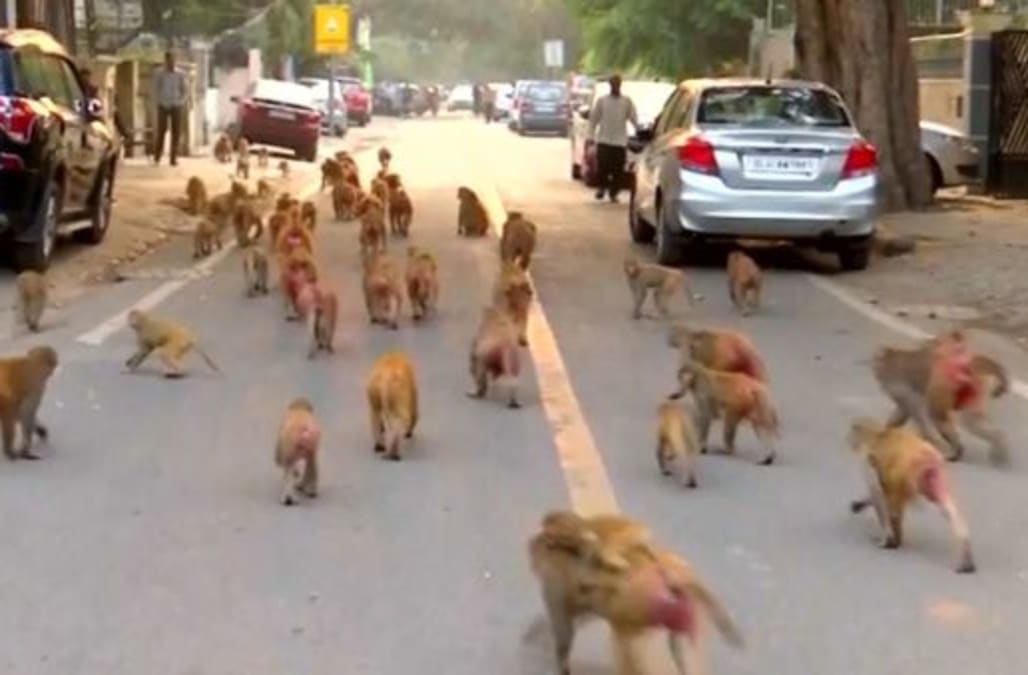 The city of New Dehli has been dealing with a very odd problem.

Recently between 4,000 and 5,000 monkeys have swarmed the city, wreaking havoc on anything and everything they come in contact with. This includes government entities, which are now arming their workers with sticks to drive the bolder animals away.

The red-faced rhesus macaques are breaking into homes, damaging power lines and stealing food and important documents. Recent footage of the city shows the monkeys climbing into the windows of the Parliament and scaling the walls of the royal palace.

Though it may seem like a comical problem, authorities have hired monkey catchers and warn people not to feed or even make eye-contact with the surprisingly dangerous animals.

“The monkey menace can be checked only by a multi-pronged approach,” Mohnot, the chairman of the Primate Research Centre, told Reuters.

Take a peek above at what looks like a horror scene from “Jumanji.”

Monkey grabs GoPro
Up Next