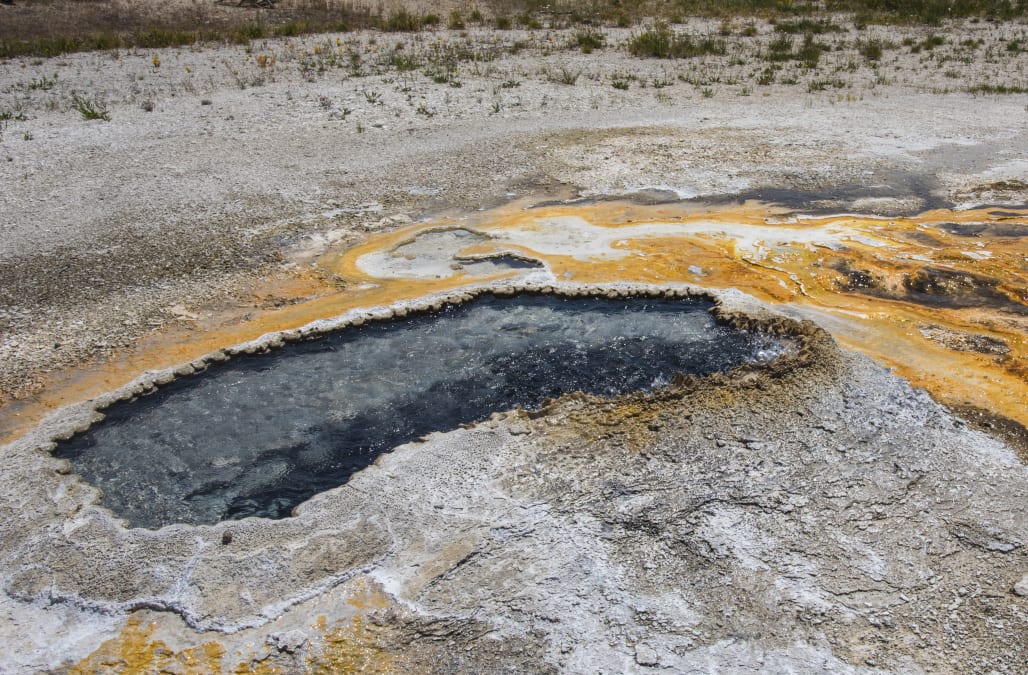 A typically quiet geyser in Yellowstone National Park erupted violently last month, coughing up a slew of curious items — some which date back more than eight decades.

Ear Spring geyser erupted on Sept. 15 in its largest display since 1957, Live Science reports. The geyser returned around 100 coins likely tossed in by tourists along with decades of other man-made garbage, including part of a shoe insole, beer cans, metal warning signs, a cinder block, cigarette butts and a pacifier dating back to the 30s.

RELATED: In Yellowstone National Park's 'Murder Zone', it's easy to get away with killing someone

Park representatives took to Facebook on Sept. 24 to share photos of the trash, along with a serious warning about geyser pollution.

"Foreign objects can damage hot springs and geysers," the post cautioned. "The next time Ear Spring erupts we hope it's nothing but natural rocks and water. You can help by never throwing anything into Yellowstone's thermal features!"

Officials also shared that the newly-discovered items will "be inventoried by curators and may end up in Yellowstone's archives."