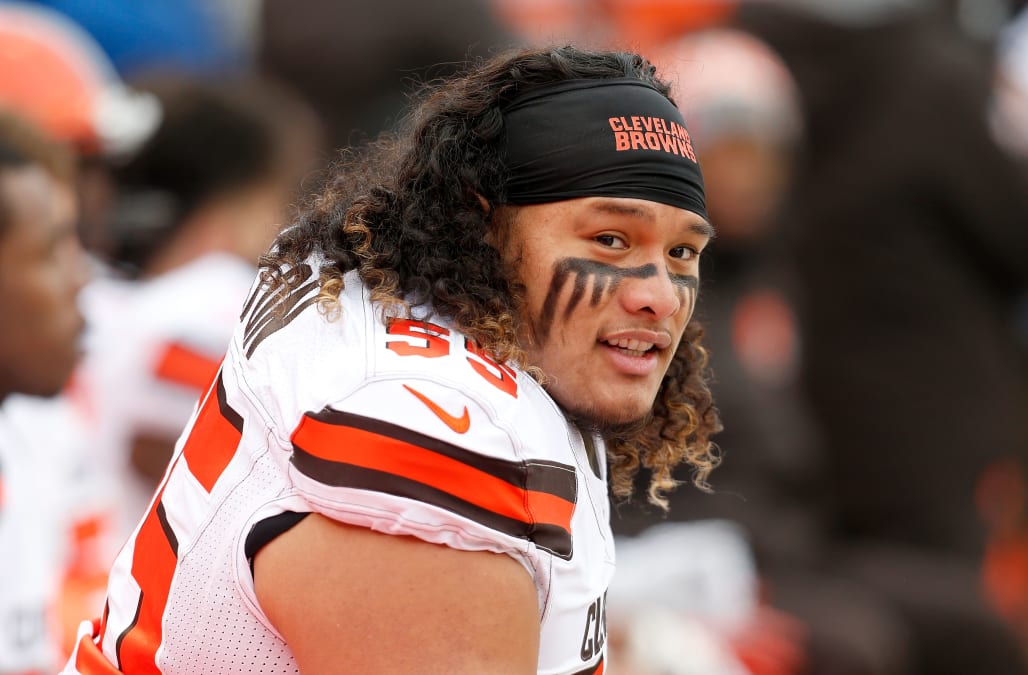 The Cleveland Browns made their fourth trade in 24 hours by sending defensive tackle Danny Shelton to the New England Patriots, according to multiple reports Saturday.

The Patriots also acquired Cleveland's fifth-round pick in the 2018 NFL Draft in exchange for New England's third-round pick in 2019.

The trade won't be official until Wednesday, when the new league year begins.

The 6-foot-2, 335-pound Shelton was drafted 12th overall out of the University of Washington in the first round in 2015 and played 46 games. He recorded 71 tackles and 1.5 sacks in three seasons.

Shelton's value to the Browns was diminished when Gregg Williams was brought in as defensive coordinator in 2017 and converted to a 4-3 alignment.

The Patriots needed help up front after deciding not to pick up the option on defensive tackle Alan Branch. In addition, defensive tackle Ricky Jean Francois said Friday that he expects to play elsewhere in 2018.

On Friday, the Browns pulled off deals with the Miami Dolphins for wide receiver Jarvis Landry, the Buffalo Bills for quarterback Tyrod Taylor and the Green Bay Packers for cornerback Damarious Randall.

More from Aol.com:
What to know about the college basketball scandal and its fallout
Former Jets player's mother defends son and threatens reporter with lawsuit
Michael Smith is leaving ESPN’s ‘SC6’ program: report