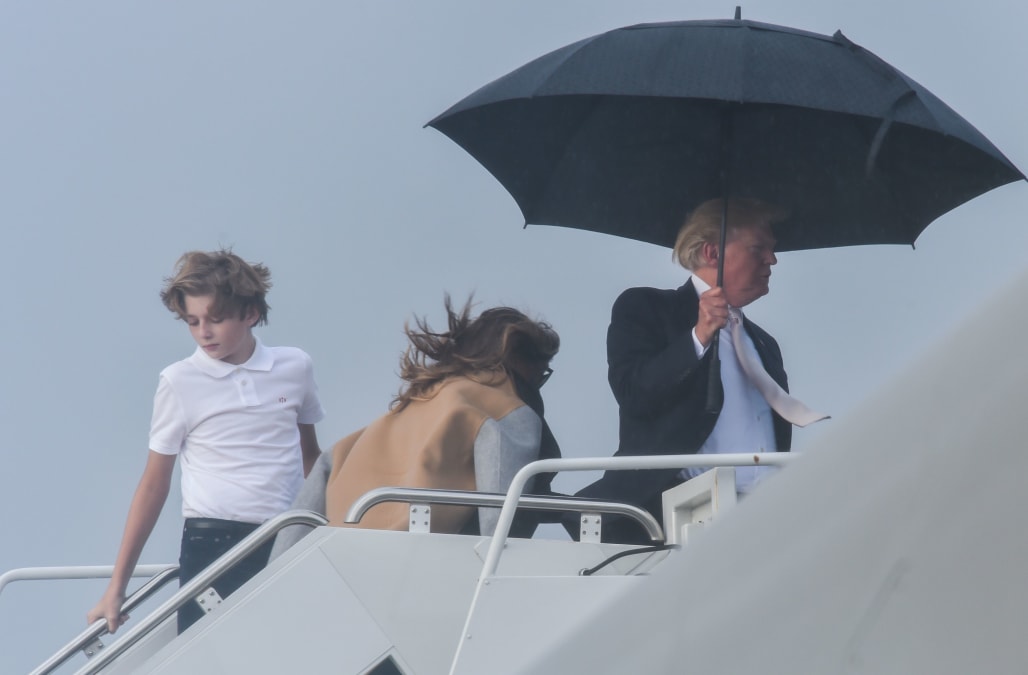 President Donald Trump is facing a deluge of criticism after appearing to keep an umbrella to himself while leaving his wife and son to brave the elements.

Photographs of the president showed him holding a large black umbrella as he boarded Air Force One at West Palm Beach in Florida Monday.

See photos of the three boarding Air Force One:

And following behind him, noticeably, without umbrellas or waterproof clothing, was first lady Melania Trump and their 11-year-old son Barron amid rainy and windy conditions, according to TMZ.

Twitter exploded after photos and video emerged online of the president seeming to hog the umbrella.

”Just seen Donald Trump getting on his plane holding an umbrella for himself while his son and wife get soaked in the rain. Says it all about him! #selfishTrump," one user tweeted, while another wrote: “You can tell he’s not even thinking of them. Trump is pure trash."

This is not the first time Trump has faced criticism for his behavior towards his wife.

The president faced similar backlash earlier last year when he appeared to leave behind the first lady during his meeting with Barack and Michelle Obama prior to his Inauguration.