Will Al Franken stay in the Senate? Report claims some are urging him to reconsider his resignation 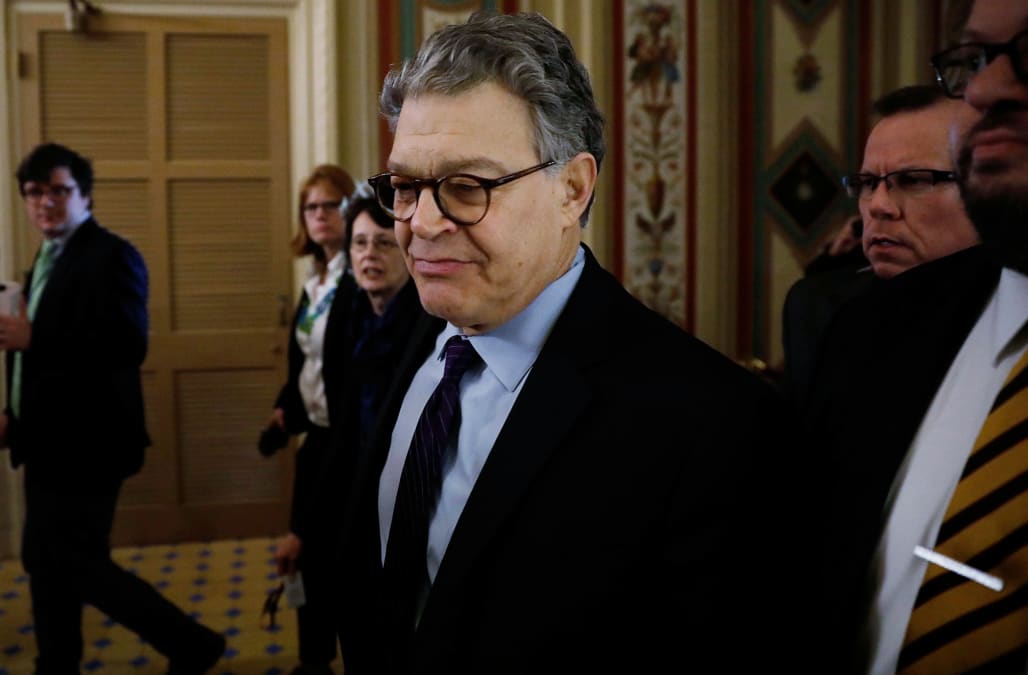 A number of U.S. Senators have urged Democratic Sen. Al Franken to reconsider his resignation over sexual misconduct claims.

Among them is Democratic Sen. Joe Manchin of West Virginia who criticized Democrats for "rushing" Franken into a resignation during an interview on Politico podcast "Off Message."

"What they did to Al was atrocious," Manchin said. "Here's a man, that all he said [was], 'Take me through the Ethics Committee. I will live by whatever decision and I will walk away thinking about this opportunity I've had while I was here. But you find out if I’m a predator,'" he added.

While Manchin was the most vocal in his support for Franken, Politico spoke with other Democratic lawmakers who expressed similar sentiments, but asked to remain anonymous.

Franken announced on December 7 and amid numerous allegations of sexual impropriety that he will be resigning -- although the exact timing remains unclear.

When doing so, pointed out the irony of his resignation, seemingly comparing his situation to that of President Donald Trump, who has faced numerous allegations of harassment and misconduct, and Roy Moore, the Republican Senate candidate seeking to represent the state of Alabama who has since lost to Doug Jones.

"I, of all people, am aware that there is some irony in the fact that I am leaving while a man who has bragged on tape about his history of sexual assault sits in the Oval Office, and a man who has repeatedly preyed on young girls campaigns for the Senate with the full support of his party," he said.

While the exact date of his resignation is not yet known, sources still suggest he intends to step down despite the support he’s recently been given from some members of his party.

His replacement has already been named by Minnesota Gov. Mark Dayton, who last week assigned Tina Smith, a fellow Democrat, to take the position.