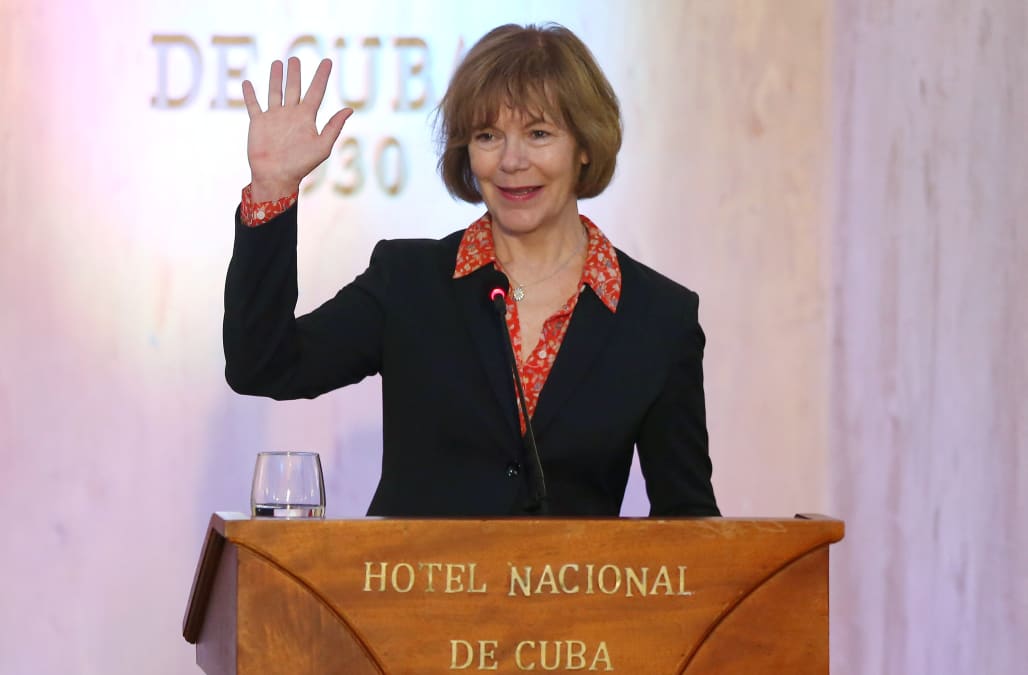 Smith, 59, will serve a one-year term concluding in January 2019, Governor Mark Dayton said at a news conference, and will run in a special election for the seat in November next year.

Dayton said he listened to the views of many Minnesotans before deciding on Smith.

SEE ALSO: A growing chorus of Democratic Senators are calling on Trump to resign over sexual misconduct allegations

"There is no one I trust more to assume the responsibilities of this important office," Dayton said. "I know that she will be a superb senator, representing the best interests of our state and our citizens."

Smith told reporters at the news conference that she will be a fierce advocate on behalf of the state, pushing for economic opportunity and fairness.

"This is a difficult moment for us but even now I am now filled with optimism," she said. "Though I never anticipated this moment, I am resolved to do everything I can to move Minnesota forward."

Smith became lieutenant governor in January 2014. She previously worked as Dayton's chief of staff and held positions at General Mills and Planned Parenthood.

Last week Franken, 66, also a Democrat, announced his resignation from the seat he has held since 2009. The former comedian has denied some of the allegations against him and questioned others. Reuters has not independently verified the accusations against him.

During Wednesday's news conference, Smith thanked Franken for his service and called him a "champion" for the state. She said she respected his decision to resign.

"Sexual harassment is disrespectful to people and can't be tolerated," Smith said. "I can promise you that I'll be working on these issues when I get to Washington, D.C."

Smith will be an excellent senator, Franken said.

"Her record of accomplishment as Lieutenant Governor demonstrates that she'll be an effective senator who knows how to work across party lines to get things done for Minnesota," Franken said in a statement on Wednesday.

Minnesota will soon have two women senators, as Smith will join fellow Democrat Amy Klobuchar, 57, who in 2006 became the state's first female elected senator and was re-elected in 2012.

Minnesota's first female senator, Muriel Humphrey, was appointed in 1978 to fill the seat of her husband, Hubert Humphrey, following his death.

The Republican Party of Minnesota said Smith will be entering office with what it called the "political baggage" of the Dayton administration, as well as a "well-established track record of far-left policies."

"Minnesota Republicans look forward to electing a Republican to the U.S. Senate in 2018," its chairwoman, Jennifer Carnahan, said in a statement.

The Republican Party's slim majority in the U.S. Senate will not be affected by the move to replace Franken.

Democrats will gain a seat to cut Republican's majority in the 100-member Senate to 51 after Tuesday night's victory by Doug Jones over Republican candidate Roy Moore in a special election in Alabama. (Reporting by Gina Cherelus in New York; Additional reporting by Bernie Woodall in Fort. Lauderdale, Fla.; Editing by Bill Trott and David Gregorio)