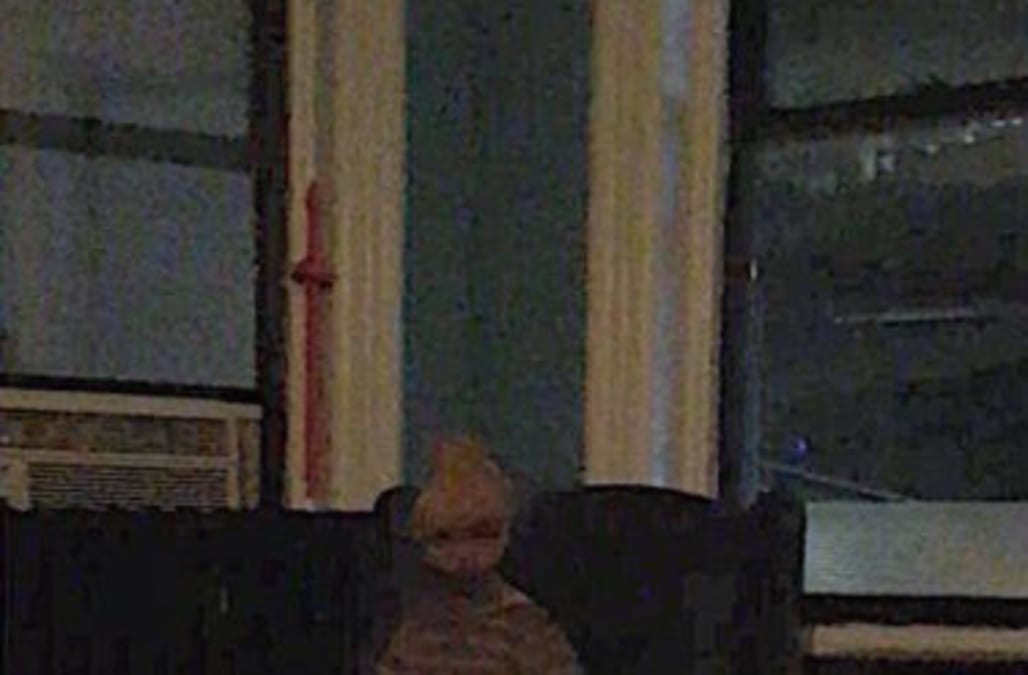 The viral story about the ghost of a dead little boy named Dear David haunting a man's apartment has just gotten more terrifying.

You might recall reading a story we posted several months ago about Adam Ellis and his apartment he claims is haunted.

When we last covered Ellis' bizarre account of his haunted home in a viral Twitter thread, he posted images of a salt barrier he created around the perimeter of his apartment to keep the "evil" at bay.

Since then, the New York-based illustrator claims his nanny camera has captured some strange behavior from his cats and has even been having nightmares about severed heads and shadowy figures appearing before his second-floor window.

Now, Ellis says he's obtained photographic proof of David in an unbelievable series of tweets about his most recent dream starring the "ghost."

In the dream, I saw him in a chair again. I don't have the green chair in my room anymore—this time it was a recliner I've had for years.

I still felt mostly immobile, but I could squirm a just little bit. I felt more alert. I could move my hands somewhat.

I had to do something. I keep my phone next to me on the bed, and I somehow managed to get ahold of it.

Sure enough, he crawled down off the chair and began shuffling toward me. He moved slowly, like it was a struggle for him.

He started muttering something, too quiet for me to understand. I watched as his eyes rolled back in his head, until they were all white.

And that's when I woke up. Same as before. Broad daylight. No trace of David anywhere.

Though the nightmare was terrifying, Ellis said the fear melted away (somewhat) when he woke up. That is until Ellis said he went into his phone and discovered he had actually been taking photos during his nightmare.

Shortly after, Ellis shared photos of what he claims is David online and the internet has been grasping for an explanation ever since.

Many online have been quick to offer advice to Ellis, while others suspect his strange story is nothing more than a viral marketing plot for his upcoming book.

71 PHOTOS
Click ahead to read Ellis' thread from start to finish:
See Gallery