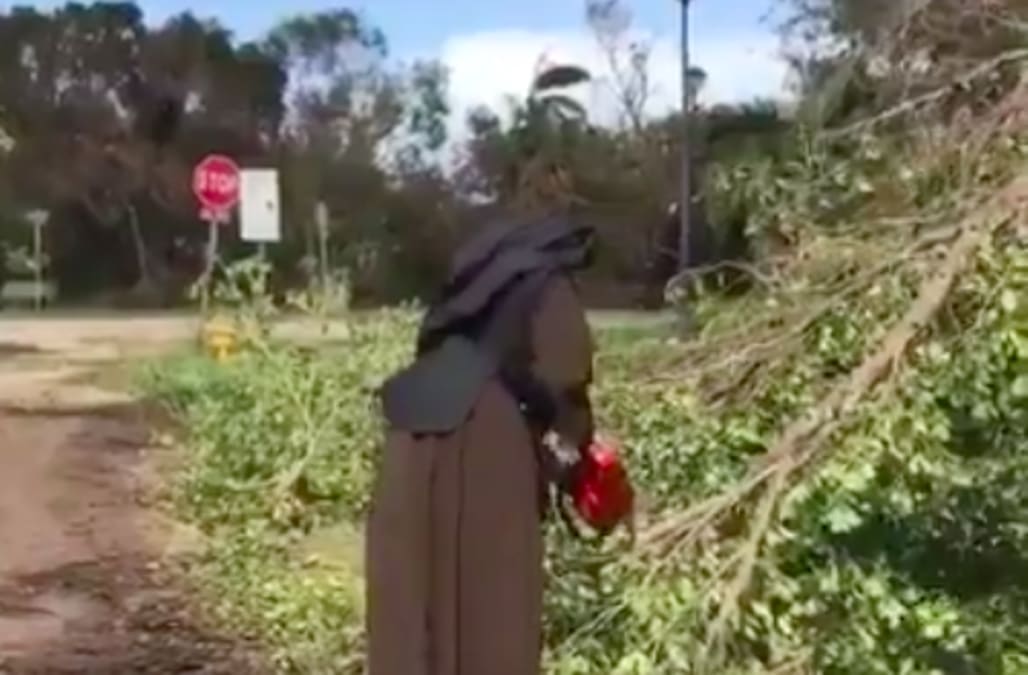 A Florida nun is literally taking matters into her own hands following Hurricane Irma by picking up a chainsaw to help clear downed trees while dressed in her full habit.

Sister Margaret Ann's timber slicing was recorded by a Miami-Dade police officer, who later posted a video of the nun at work onto Facebook Tuesday, praising her "acts of kindness" and for "working together to get through this."

RELATED: The most striking images of Hurricane Irma shared on the web

Police said Margaret Ann was cutting trees in efforts to clear the roadways around Archbishop Coleman Carrol High School near Miami, where she serves as the school's principal according to CBS Miami.

"We just needed to get the trees out of the way so that cars could pass by safely," Margaret Ann reportedly said Wednesday during a Skype interview on MSNBC. "It was a dangerous situation and I just wanted to be able to help out the neighbors and clear the roadway for everybody."

More from AOL.com:
Starbucks could be an 'indirect casualty' of the retail apocalypse
Gisele Bundchen earns $30 million -- but most New York Fashion Week models make less than $50,000 a year
Hurricane Irma wreaks 'absolute devastation' on Caribbean isle of Barbuda