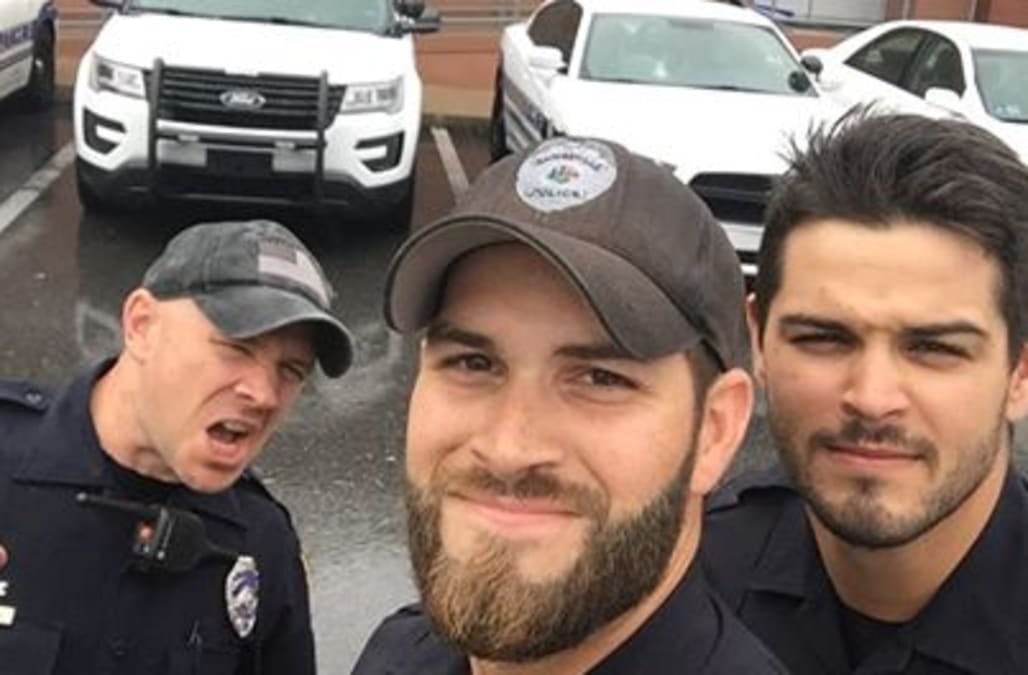 The Gainesville Police Department is creating quite the stir on social media after a photo of its police officers on duty during Hurricane Irma went viral.

The Florida-area police department posted photographs of its officers on Facebook preparing as local residents waited in dread for Hurricane Irma on Sunday.

These 'hot cops' are steaming up the internet after Irma:

And for the internet, one selfie, in particular, was rather easy on the eyes.

Officers Nordman, Hamill and Rengering are the ones pictured in the photo above, with the caption, "…part of the night crew getting ready to do some work. #Irma."

And in the photo's comments, women did not hold back.

"Y’all should do a calendar, where you’re half dressed, for charity," one woman wrote, with another adding, "I’m Charity and I approve this message."

Another person commented, "I can’t believe how many women are objectifying these poor, fine, young, strong, handsome, brave, sexy, delicious, virile, ovulation-inducing, mouth-watering, beefy….. I can’t remember where I was going with this…."

The post amassed over 100,000 comments and nearly 300,000 likes in the days to follow, drawing interest far beyond Gainesville.

Some even wrote that they were considering calling 911 to request one of the men pictured in the photo to show up at their residence.

"We are dying with the comments. You’ve actually made our chief blush with some of them," the department wrote in an update on the viral post on Tuesday.

"MRS. Nordman and MRS. Hamill have also enjoyed knowing how millions of women are going crazy over their husbands," the post continued, adding, "3. We can confirm that Officer Rengering (far right with the amazing hair) IS SINGLE."

"4. On another note, Officer Rengering is being placed into Cougar Prey Protective Care, similar to the witness protection program for his safety," it read, before discouraging women from calling 911 to specifically request an attractive officer.

"Thank you all for the hilarious comments… they have brightened our time up here. As for the calendar, we are going to try and do something fairly quickly and funds raised will go to Hurricane Irma recovery here in Florida."