Sen. John McCain to return to Senate next week 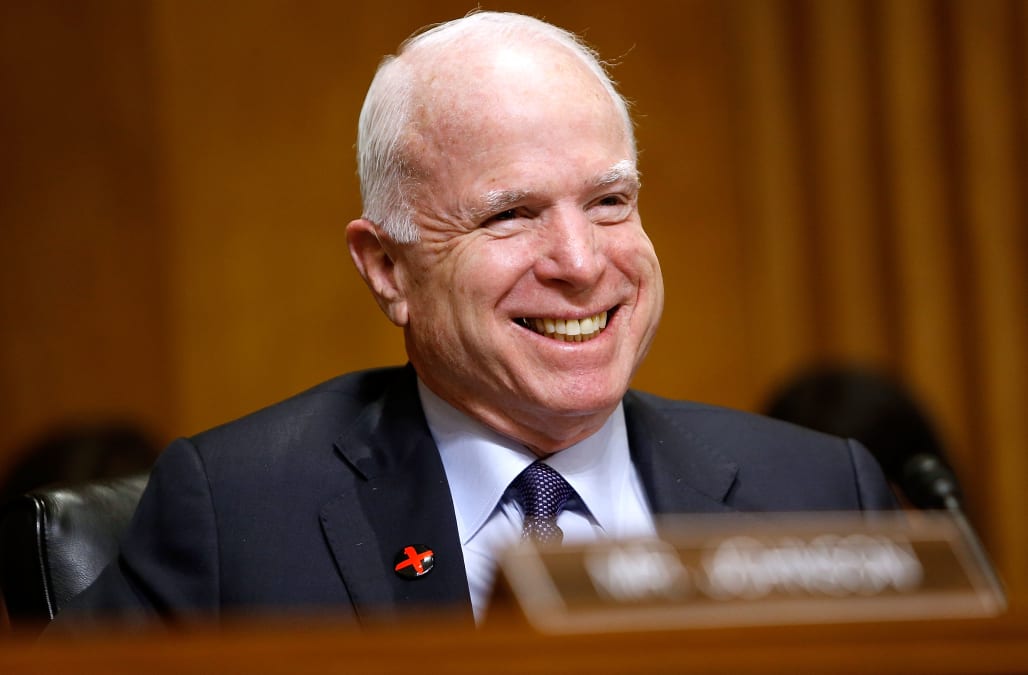 Sen. John McCain may be returning to Washington as early as next week, according to Republican aides.

McCain was diagnosed with an aggressive form of brain cancer in July and returned home to Arizona for treatment.

The Arizona senator, who serves as the Senate Armed Services Committee Chairman, will return to the nation's capital to lead the debate on the National Defense Authorization Act, reports Politico.

McCain may determine the fate of the Senate's push against Trump's directive on the defense bill. The president's directive bars all transgender individuals from serving in the military -- a decision McCain said would be "a step in the wrong direction."

John McCain through the years:

Earlier this month when he was leaving Washington, McCain predicted he would return to work in September.

"I expect Congress to go out here pretty soon, and I'll be ready to go back to work in September," he told KFYI radio's Mike Broomhead Show, according to The Hill.