US Senator McCain found to have brain tumor: McCain's office 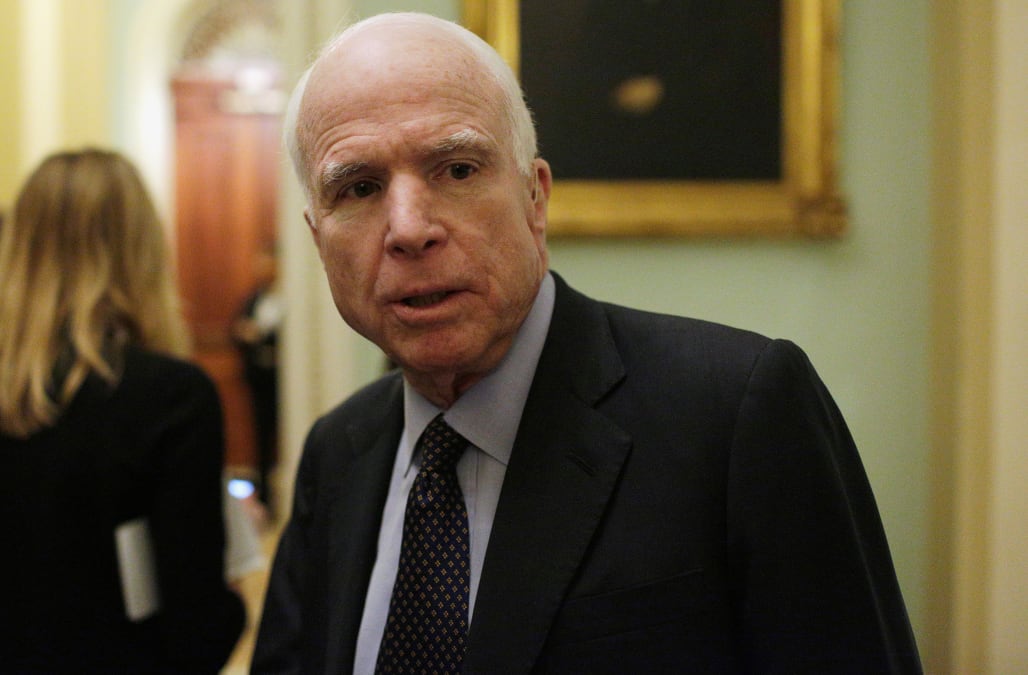 WASHINGTON (Reuters) - U.S. Senator John McCain has a brain tumor and is reviewing treatment options that may include a combination of chemotherapy and radiation, his office said on Wednesday.

The six-term Republican senator and 2008 presidential nominee, who is 80, has been recovering at home in Arizona since undergoing surgery at the Mayo Clinic in Phoenix last Friday to remove a blood clot from above his left eye.

Tissue analysis since that procedure revealed that a primary brain tumor known as a glioblastoma was associated with the clot, his office said.

McCain's doctors said he was recovering from his surgery "amazingly well" and that his underlying health was excellent.

Senate Majority Leader Mitch McConnell called McCain, the chairman of the Armed Services Committee, and a prisoner of war during the Vietnam War, a hero and said he looked forward to having him back in Washington.

"We all look forward to seeing this American hero again soon," McConnell said in a statement.