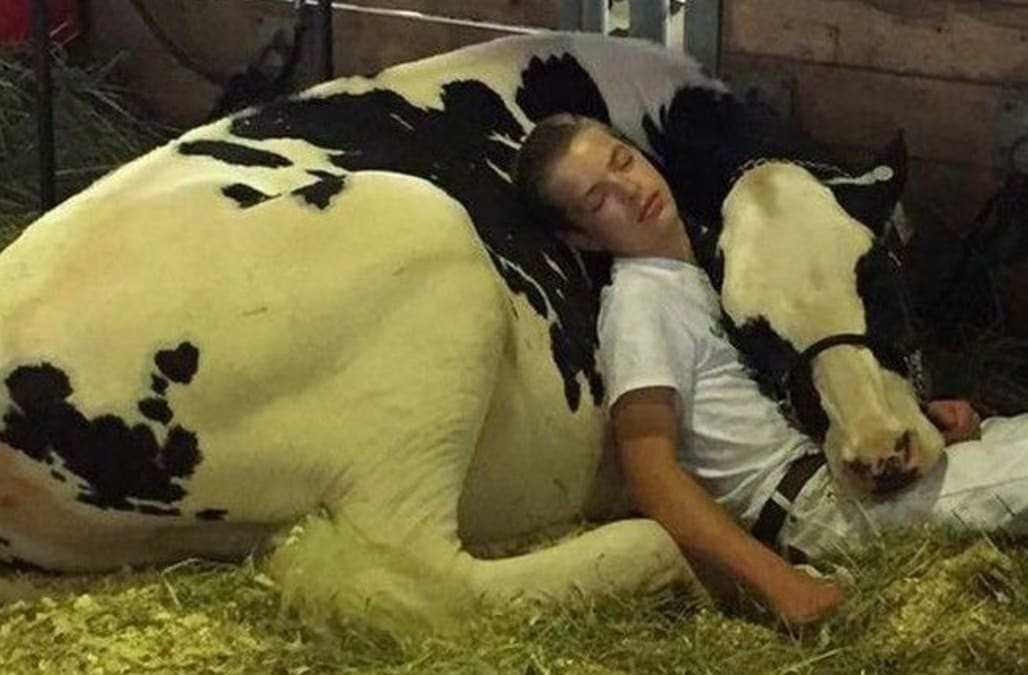 Despite hours of hard work and dedication, a boy and his cow finished fifth place out of seven other contestants at the Iowa State Fair's youth dairy cattle show on Sunday.

Mitchell Miner, 15, and his cow, Audri, were exhausted after the show and took a nap together inside a barn, where his father, Jeremy Miner, took photos of the duo snuggling up while they slept. His father would later post a photo of the two napping together on Facebook Sunday night, with the caption: "Our son Mitchell and his heifer after showing yesterday."

RELATED: The cutest farm animals on the internet

Little did his father know, however, the post, which has since been made inaccessible to the public on Facebook, would immediately go viral and tally more than 15,000 likes by the next afternoon, Fox News reported.

Laura Miner, Mitchell's mother, told the Des Moines Register she thinks the photo won over thousands because people usually enjoy seeing a close bond between a kid and their animal.

"I think it's just when you spend that much time with them, they get really comfortable," she told the outlet.

SEE ALSO: This tiny cow might be the smallest in the entire world

Laura Miner said her family borrows animals for the summer. Both she and her husband grew up on a farm but are the first generations of each of their families to live outside of one. However, she said they want to continue to instill the same values they learned living on farmland to their children.

"We learned a lot from the farm," Jeremy Miner said. "We have those values instilled in us and we are trying to do what we can to preserve that."

Audri will be heading back to a dairy farm after the family's final showing in September.