Poll: Majority feel transgender people should be able to serve in US military 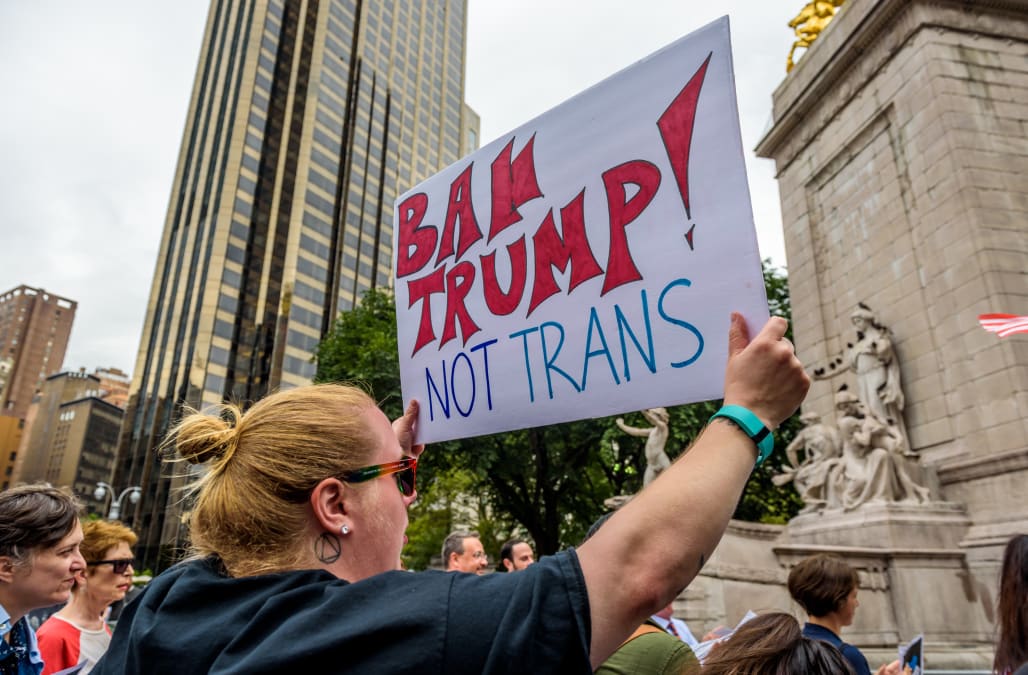 President Donald Trump took to Twitter on Wednesday to announce a new U.S. ban on transgender individuals from serving in the military -- but the surprise announcement may not represent the ideals of most.

The controversial ban sparked a worldwide conversation about transgender individuals in the military, with many people disagreeing with Trump's stance, according to a new AOL News survey.

Less than a week ago, President Trump tweeted the news, taking many off-guard.

After consultation with my Generals and military experts, please be advised that the United States Government will not accept or allow......

....Transgender individuals to serve in any capacity in the U.S. Military. Our military must be focused on decisive and overwhelming.....

Politico reported on Monday that several top White House aides, including first daught Ivanka Trump and her husband Jared Kushner, were "blindsided" by the ban.

Ivanka Trump tweeted her support for the LGBTQ community in June at the start of pride month. Trump, however, has not shared any messages of support since taking office.

The AOL News poll parallels findings from a recent Reuters/Ipsos opinion poll. The survey found that the country largely disagrees with Trump's decision to ban transgender personnel from the armed forces.

According to Reuters, 58 percent of American adults agree with this statement: "Transgender people should be allowed to serve in the military." Twenty-seven percent said they should not be allowed to serve, and 15 percent responded that they did not know.