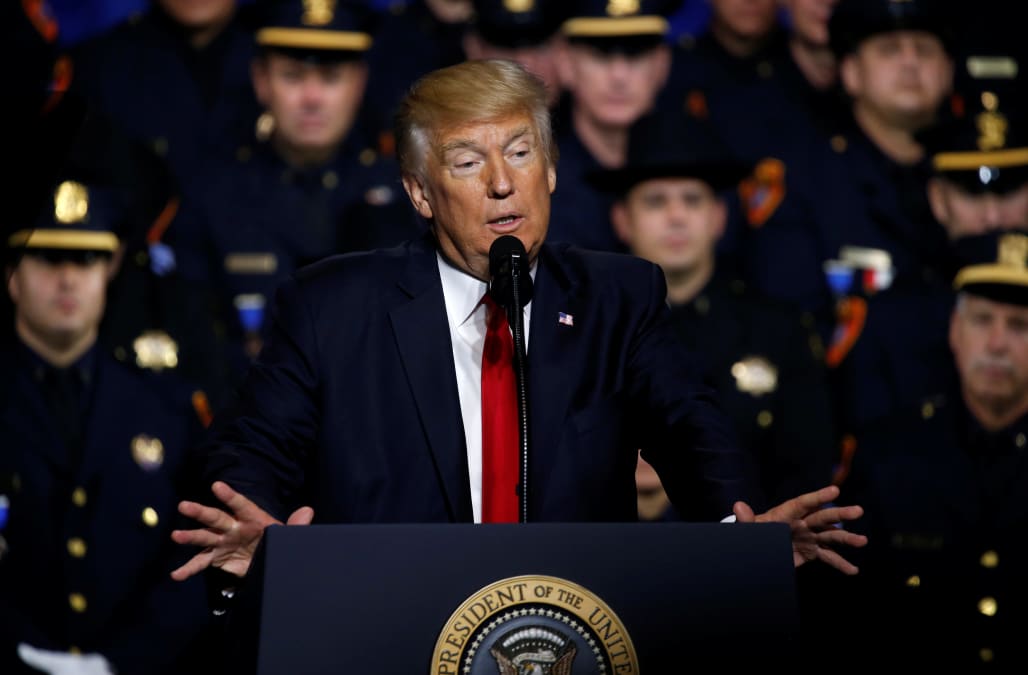 NEW YORK (Reuters) - A majority of Americans believe that transgender individuals should be allowed to serve in the military, according to an exclusive Reuters/Ipsos opinion poll released on Friday.

The July 26-28 poll suggested that the country largely disagrees with President Donald Trump's announcement this week that he will ban transgender personnel from the armed forces.

When asked to weigh in on the debate, 58 percent of adults agreed with the statement, "Transgender people should be allowed to serve in the military." Twenty-seven percent said they should not while the rest answered "don't know."

Democrats mostly supported military service by transgender Americans while Republicans were divided on the issue.

When asked about the impact on military capabilities, 14 percent said prohibiting transgender service members made the military "more capable" while 43 percent said "no impact," 22 percent said "less capable" and the rest said they don't know.

The president's announcement, made in posts on his Twitter account, surprised many senior military officers and appeared to pre-empt an ongoing Pentagon review into its inclusion of transgender service members.

The United States' top military officer, Marine Corps General Joseph Dunford, said the military will not alter its current policies until it receives additional guidance from Trump's secretary of defense.

Roger Kaikko, 61, a Trump voter near Cleveland, Ohio, who took the poll, said he disagrees with the president.

"Even the president shouldn't be able to take rights away from some people just because he may not like them," Kaikko said. "They're people too. Unless they're causing problems, they should serve just like anybody else."

Opinions about the ban probably will not have lasting impact on the president's overall public support, said Jan Leighley, an expert in political behavior at American University.

"For many people, this is just a distant political issue," Leighley said. When compared to health care, immigration or the economy, the president's stance on transgender issues "is not something that's going to change their prior beliefs or attitudes" about Trump.