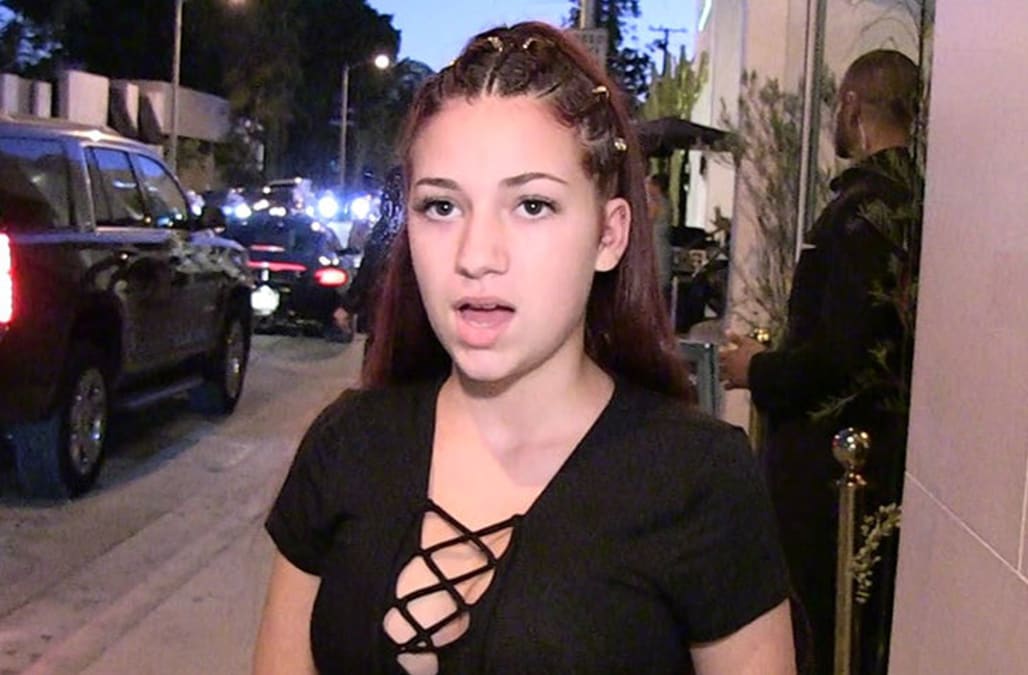 The Florida teen who drew nationwide attention with her "Cash me ousside" catchphrase avoided jail time after pleading guilty to multiple charges in June, according to TMZ.

Danielle Bregoli, 14, was sentenced to five years of probation in Delray Beach, Florida, on Tuesday for charges that included filing a false police report, grand theft auto and marijuana possession.

See photos of the 14-year-old:

'Cash Me Ousside' Danielle Bregoli
#Mood
Damn , Can't even hit da mall no more 👀🛍📸Love all y'all 😘
Hey bitches, caption this 💬🖤 @goodboyshady w/ the 📸
Poolside BBQ Grillz 🤑☀️🍔
I can fucc with LA 🌴 What's ur favorite city? 📸 @brendannorth
Tried stealing @kongdasavage 🐶🤧🖤can u blame me? Tag someone who would steal this dog
@fashionnova for the look bitches 🔥💯 #freshprincessofbelair
Creeeeepin 👀👀👀 comment what u r doing tonight 🌚. 📸 @goodboyshady
Blockin out the shade 🙅🏻👑🚀 @goodboyshady w/ the shot
Told y'all to go follow @fashionnova. Got me sittin here waiting like smh 😡@fashionnova for tha goods 💃🏻🤑🔥
S/O to my day ones at @fashionnova who been keeping my look on point from the start. Follow them now @fashionnova or fucc u 💃🏻👊
Videos on the way wit my big sis @lelepons and @hannahstocking. Be ready bitches 😝🙌
Up Next

Several other charges were reportedly dismissed by the state attorney's office.

According to the office, the charges Bregoli pleaded guilty to were from three separate incidents that happened last year when she stole her mother's car, her mother's purse and when she called the police to make a false report of her mother's use of heroin.

Bregoli's charges stemmed from incidents that occurred prior to her appearance on the Dr. Phil television show, where her catchphrase went viral in 2016.

It remains unclear whether or not Bregoli will face charges for a separate incident, which involved her friend allegedly throwing ice cream at woman and prompted a string of brawls in downtown Lake Worth, FL.

The state also recommended Bregoli stay in Palm Beach County, but granted her permission to complete her probation in California, where she resides with her mother, Barbara Bregoli.

More from AOL.com:
HIV-positive coach charged with abusing dozens of schoolboys
California man pleads guilty to murder charge in killing of 5-year-old son
Authorities are searching for whoever cruelly force-fed a small alligator alcohol on camera