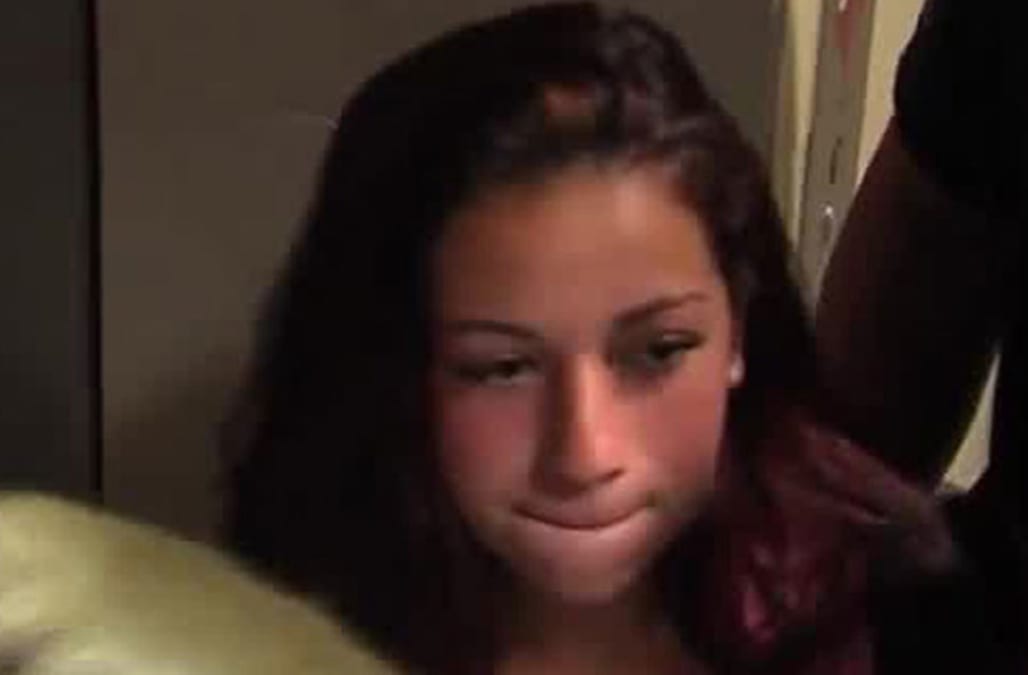 The Florida teen who drew nationwide attention with her "Cash me ousside" catchphrase pleaded guilty to multiple charges Wednesday morning.

Danielle Bregoli, 14, entered the pleas to charges that stemmed from incidents that occurred prior to her appearance on the Dr. Phil television show where her catchphrase went viral in 2016, WPTV reports.

She pleaded guilty to charges that included filing a false police report, grand theft auto and marijuana possession at the Delray Beach Juvenile courthouse in Florida.

See photos of the 14-year-old

'Cash Me Ousside' Danielle Bregoli
#Mood
Damn , Can't even hit da mall no more 👀🛍📸Love all y'all 😘
Hey bitches, caption this 💬🖤 @goodboyshady w/ the 📸
Poolside BBQ Grillz 🤑☀️🍔
I can fucc with LA 🌴 What's ur favorite city? 📸 @brendannorth
Tried stealing @kongdasavage 🐶🤧🖤can u blame me? Tag someone who would steal this dog
@fashionnova for the look bitches 🔥💯 #freshprincessofbelair
Creeeeepin 👀👀👀 comment what u r doing tonight 🌚. 📸 @goodboyshady
Blockin out the shade 🙅🏻👑🚀 @goodboyshady w/ the shot
Told y'all to go follow @fashionnova. Got me sittin here waiting like smh 😡@fashionnova for tha goods 💃🏻🤑🔥
S/O to my day ones at @fashionnova who been keeping my look on point from the start. Follow them now @fashionnova or fucc u 💃🏻👊
Videos on the way wit my big sis @lelepons and @hannahstocking. Be ready bitches 😝🙌
Up Next

Several other charges were also dismissed by the state attorney's office.

According to the office, the charges Bregoli pleaded guilty to were from three separate incidents that happened last year when she stole her mother's car, her mother's purse and when she called the police to make a false report of her mother's use of heroin.

Bregoli confessed the report was falsely made.

The office also said Bregoli was found with marijuana in a car this year.

After the hearing, her father, Ira Peskowitz, told reporters he feels like his daughter is being exploited.

Peskowitz said a chunk of his daughter's life is being controlled by a management team and he claimed it "exploits" her by subjecting her to things he deems inappropriate for 14-year-olds.

"I am the only parent in this relationship with Danielle that is trying to see the best thing for this child," Peskowitz said. "To have her be an asset to the community, to understand what love is and to understand what family is about."

Bregoli resides with her mother in California, but a spokesperson for Peskowitz contends that this environment is harmful to his daughter's development due to pressure from her mother signing deals with agents, publicists and reality television shows on behalf of Bregoli.