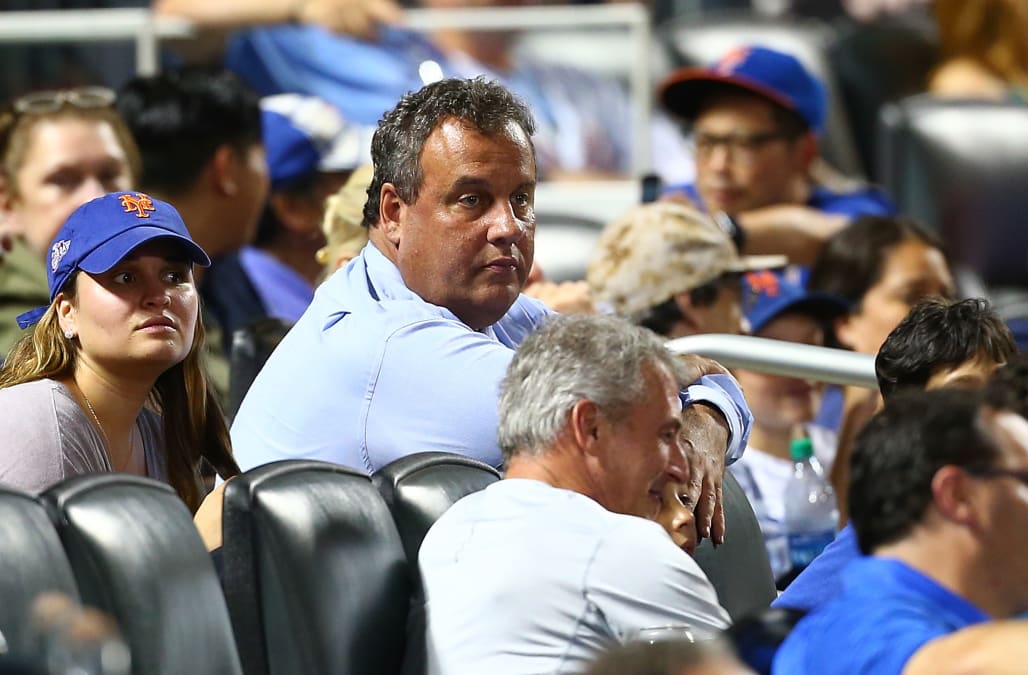 Embattled New Jersey Governor Chris Christie showed off some athleticism when he caught a foul ball during a Mets game on Tuesday evening, but his luck only went so far.

Christie was seated along the first base line during the Mets home game against the St. Louis Cardinals when he reached up and caught a foul ball during the third inning, an action that was immediately met by a chorus of boos echoing throughout Citi Field. Even after Christie handed the ball to a young fan, it was clear Christie's latest "Beachgate" scandal -- which took place when Christie spent a day at the shore while New Jersey closed state beaches over a budget dispute - continues to leave a bad taste in the mouths of tri-state-area residents.

"Nice to see him get from the beach here to the ball park," Cardinals play-by-play caller Dan McLaughin joked during the broadcast.

Christie's ballpark nab also comes one day after the former Republican presidential candidate was left to defend himself amid the publishing of details in a new book claiming Trump ousted him from the transition team due to Christie offering his own phone as means for Trump to speak with then-President Obama on election night.

Christie, though, fiercely defended Trump on Tuesday during an MSNBC interview with Nicole Wallace.

A look back: Chris Christie on the campaign trail:

More from AOL.com:
MLB umpire in town for a game saves woman's life in Pittsburgh