Millions of pounds of hot dogs recalled in U.S. after bone pieces found 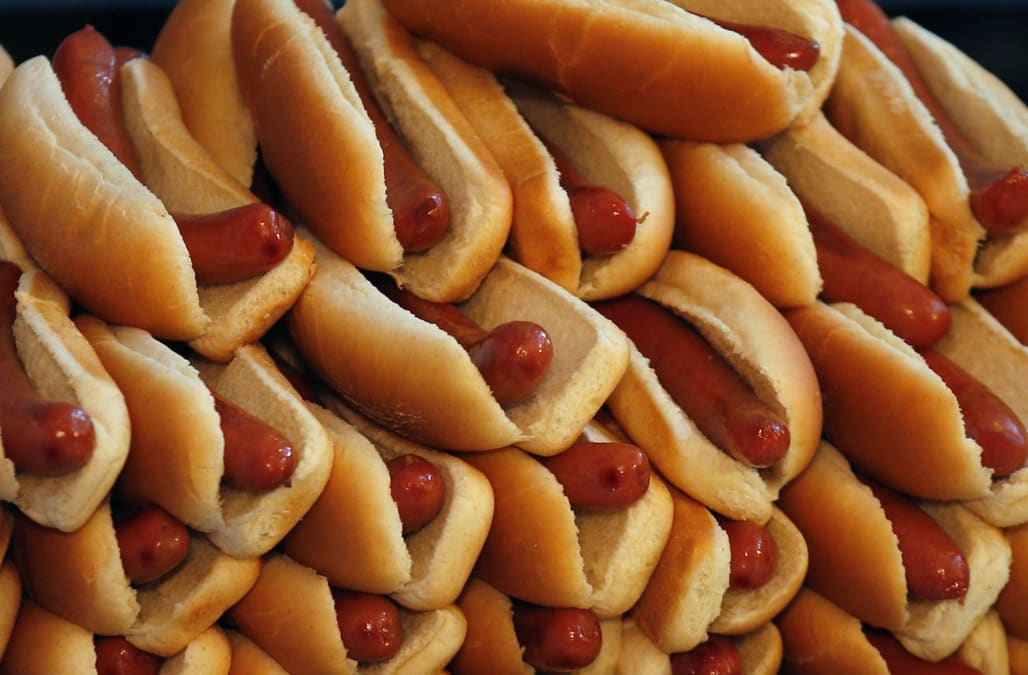 NEW YORK (Reuters) - A New York meat processor is recalling more than 7 million pounds of hot dogs and sausages mostly under the Sabrett brand name after consumers complained about finding small pieces of bone in some of the products, the U.S. Department of Agriculture said on Saturday.

In one case, someone who ate one of the hot dogs suffered a "minor oral injury," the USDA's Food Safety and Inspection Service said in a statement.

That was the only reported incidence of injury or illness connected with the products, produced by Marathon Enterprises Inc.'s meat-processing plant in New York's Bronx borough.

The franks were sold nationwide to retailers and institutions, mostly under the Sabrett brand name, the USDA said.

"As a fourth-generation, family-owned company, Sabrett takes its responsibility to provide safe foods very seriously with a robust internal food safety program," Marathon said in a statement posted on its website. "Sabrett deeply regrets any concern or inconvenience this has caused its loyal customers."

Sabrett hot dogs have been a fixture of the New York City area for decades, sold by street-corner vendors from pushcarts adorned with blue and yellow umbrellas.

The issue came to the attention of the USDA last week when consumers reported finding small pieces of bone and cartilage in the meat, the USDA and the company said.

In making the meat subject to a Class 1 recall, the USDA considers the meat to be a health hazard that presents a "reasonable probability" of causing "serious, adverse health consequences or death," if consumed, according to its statement.

But the Englewood, N.J. company said in its statement the recall was made out of "an abundance of caution."

More from AOL.com:
Venus Williams after Wimbledon loss to Spain's Garbiñe Muguruza: 'I tried my best'
Meghan Markle has tightened security since dating Prince Harry, travels with guard 'at all times'
Fox News: 'Maybe the Russians were colluding with Hillary'