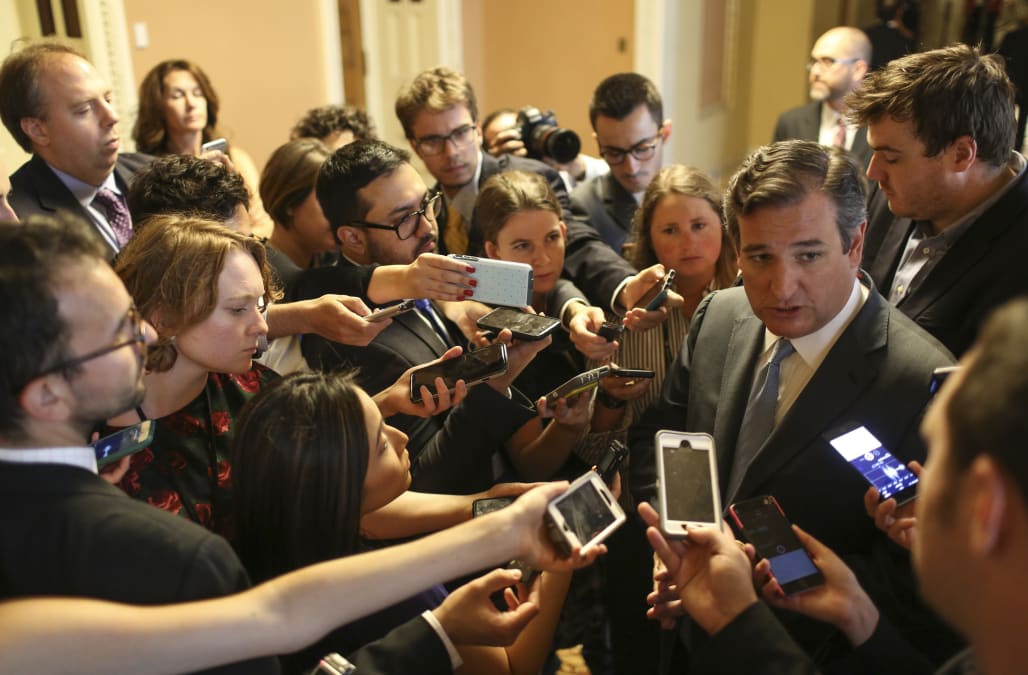 WASHINGTON (Reuters) - President Donald Trump turned up the heat on Friday on fellow Republicans in the U.S. Senate to pass a bill dismantling the Obamacare law, but with their retooled health care plan drawing fire within the party even one more defection would doom it.

Majority Leader Mitch McConnell has planned for a vote next week on revised legislation, unveiled on Thursday, and he has his work cut out for him in the coming days to get the 50 "yes" votes needed for passage. Republicans control the Senate by a 52-48 margin and cannot afford to lose more than two from within their ranks because of united Democratic opposition, but two Republican senators already have declared opposition.

"After all of these years of suffering thru Obamacare, Republican Senators must come through as they have promised," Trump, who made gutting Obamacare one of his central campaign promises last year, wrote on Twitter from Paris, where he attended Bastille Day celebrations.

The top U.S. doctors' group, the American Medical Association, on Friday called the new bill inadequate and said more bipartisan collaboration is needed in the months ahead to improve the delivery and financing of health care. Hospital and medical advocacy groups also have criticized the bill.

"The revised bill does not address the key concerns of physicians and patients regarding proposed Medicaid cuts and inadequate subsidies that will result in millions of Americans losing health insurance coverage," AMA President Dr. David Barbe said, referring to the government insurance program for the poor and disabled.

A major test for McConnell's legislation expected early next week is an analysis by the nonpartisan Congressional Budget Office, which last month forecast that the prior version of the bill would have resulted in 22 million Americans losing insurance over the next decade.

A day after that CBO analysis was issued, McConnell postponed a planned vote on the legislation because of a revolt within his own party, including moderates and hard-line conservatives.

While the bill's prospects may look precarious, the same could have been said of health care legislation that ultimately was passed by the House of Representatives. Republican House Speaker Paul Ryan called off a vote in March in the face of a rebellion involving the disparate factions of the party but managed to coax enough lawmakers to back it and engineered narrow approval on May 4.

Vice President Mike Pence sought to shore up support among the nation's governors at a meeting in Rhode Island, but a key Republican governor, Ohio's John Kasich, came out strongly against the revised bill, saying its Medicaid cuts were too deep and it does too little to stabilize the insurance market.

Kasich's opposition could put pressure on Rob Portman, a Republican senator from Ohio, who has not yet taken a position on the bill.

If the current Senate legislation collapses, some lawmakers have raised the possibility of seeking bipartisan legislation to fix parts of Obamacare but leaving intact the structure of the Affordable Care Act, Democratic former President Barack Obama's signature legislative achievement, commonly known as Obamacare.

"There are changes that need to be made to the law," Dick Durbin, the No. 2 Senate Democrat, told MSNBC, citing "a bipartisan appetite to tackle this issue."

The new version was crafted to satisfy the Republican Party's various elements, including moderates worried about Americans who would be left without medical coverage and hard-line conservatives who demand less government regulation of health insurance.

A provision championed by Republican Senator Ted Cruz and aimed at attracting conservatives would let insurers sell cheap, bare-bones insurance policies that would not have to cover broad benefits mandated under Obamacare.

The bill retained certain Obamacare taxes on the wealthy that the earlier version would have eliminated, a step moderates could embrace. But it kept the core of the earlier bill, including ending the expansion of Medicaid that was instrumental in enabling Obamacare to expand coverage to 20 million people, and restructuring that social safety-net program.

John Thune, a member of the Senate Republican leadership, said in order to complete work on the bill by the end of next week, Senate leaders would have to try to formally begin debate on Tuesday or Wednesday, a move that requires a majority vote.