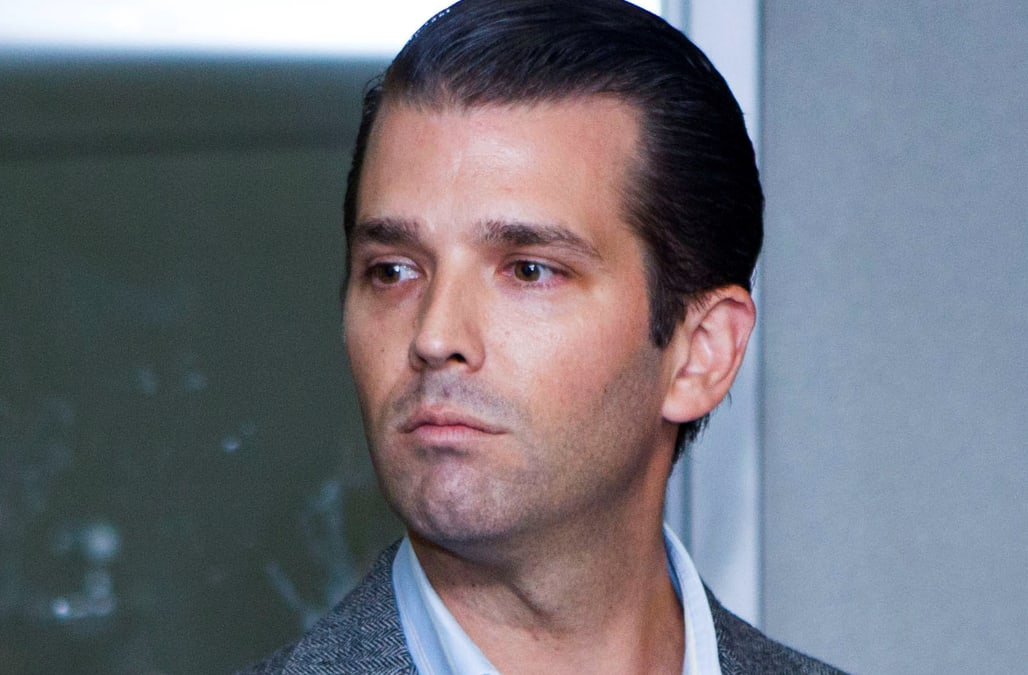 A man who says he is a previously unreported attendee of the controversial meeting in June 2016 between top Trump campaign advisers and a Russian lawyer said the attorney presented the men with documents.

Rinat Akhmetshin, a Russian-American lobbyist who served in the Soviet military, told The Associated Press on Friday that the lawyer, Natalia Veselnitskaya, presented documents that she believed detailed the flow of illicit funds to the Democratic National Committee.

In Akhmetshin's recounting, Veselnitskaya suggested to those in the meeting — including Donald Trump Jr., then-campaign chairman Paul Manafort, and White House senior adviser Jared Kushner — that they should make the contents of the documents public. She said that doing so could help Trump's campaign, Akhmetshin said.

"This could be a good issue to expose how the DNC is accepting bad money," he recalled her saying.

Akhmetshin said Trump Jr. then asked if she had evidence to back up the assertion, to which Veselnitskaya said the campaign would have to do more research on the subject. That's when Trump Jr. lost interest, Akhmetshin said.

"They couldn't wait for the meeting to end," he said, adding that he believes she left the documents with the Trump associates, though the AP said it was unclear whether she handed the documents to one of the three men or simply left them in the room upon leaving Trump Tower.

Akhmetshin did not know whether the documents were provided by the Russian government.

Manafort's spokesperson declined comment to the AP on Akhmetshin's involvement in the meeting. Meanwhile, Kushner's spokesperson and Trump Jr.'s attorney, Alan Futerfas, did not respond to the AP's request for comment.

Akhmetshin told the AP he tagged along with Veselnitskaya for the meeting, where they were also joined by an interpreter. Rob Goldstone, the British music publicist who represents a Russian pop star with ties to Trump and helped arrange the meeting, also told the AP he was in on the meeting. Goldstone posted a Facebook status on June 9, 2016, the day of the meeting, checking in to Trump Tower with the comment "preparing for meeting."

Trump Jr. did not disclose Akhmetshin's participation in the meeting, nor has he made mention of any documents presented or left behind.

When the story of the meeting first broke, Trump's eldest son initially said that the discussion with Veselnitskaya focused on adoptions, specifically the Magnitsky Act, a US law that blacklists Russians accused of human-rights abuses that so enraged Russian President Vladimir Putin that he retaliated by barring US citizens from adopting Russian children.

Trump Jr. amended his statement the next day in accordance with further Times reporting on the story, admitting that the true premise of the meeting was obtaining damaging information on Hillary Clinton. He said Veselnitskaya never did supply such information, instead pivoting to discuss the Magnitsky Act. He said the meeting only lasted for roughly 30 minutes.

"After pleasantries were exchanged, the woman stated that she had information that individuals connected to Russia were funding the Democratic National Committee and supporting Ms. Clinton," Trump Jr. said in that statement. "Her statements were vague, ambiguous, and made no sense. No details or supporting information was provided or even offered. It quickly became clear that she had no meaningful information."

But on Monday, when the New York Times alerted Trump Jr. that they were about to publish his email correspondence with Goldstone, who arranged the meeting. Trump Jr. then published the full email chain and released another statement. Those emails, which were under the subject line "Russia — Clinton — private and confidential," showed that Veselnitskaya was identified as a "Russian government attorney," with Goldstone writing she would like to share some information about Clinton as "part of Russia and its government's support for Mr. Trump."

Goldstone said in an email to Trump Jr. that Veselnitskaya "offered to provide the Trump campaign with some official documents and information that would incriminate Hillary and her dealings with Russia and would be very useful to your father."

SEE ALSO: Trump heading to Bedminster for US Women's Open

In response to Goldstone's initial email requesting the meeting and promising incriminating information on Clinton, Trump Jr. responded, "If it's what you say I love it especially later in the summer."

The ordeal has put a dent in the White House's narrative that no collusion occurred between the Trump campaign and Russia, which is currently being investigated by special counsel Robert Mueller.

The meeting itself under the premise of obtaining damaging information on Clinton — regardless of whether any such information was provided — would in all likelihood be a violation of key campaign law, experts said. Meanwhile, Democrats have taken aim at Kushner in recent days, calling for his security clearance to be revoked in the aftermath of the meeting's revelation.