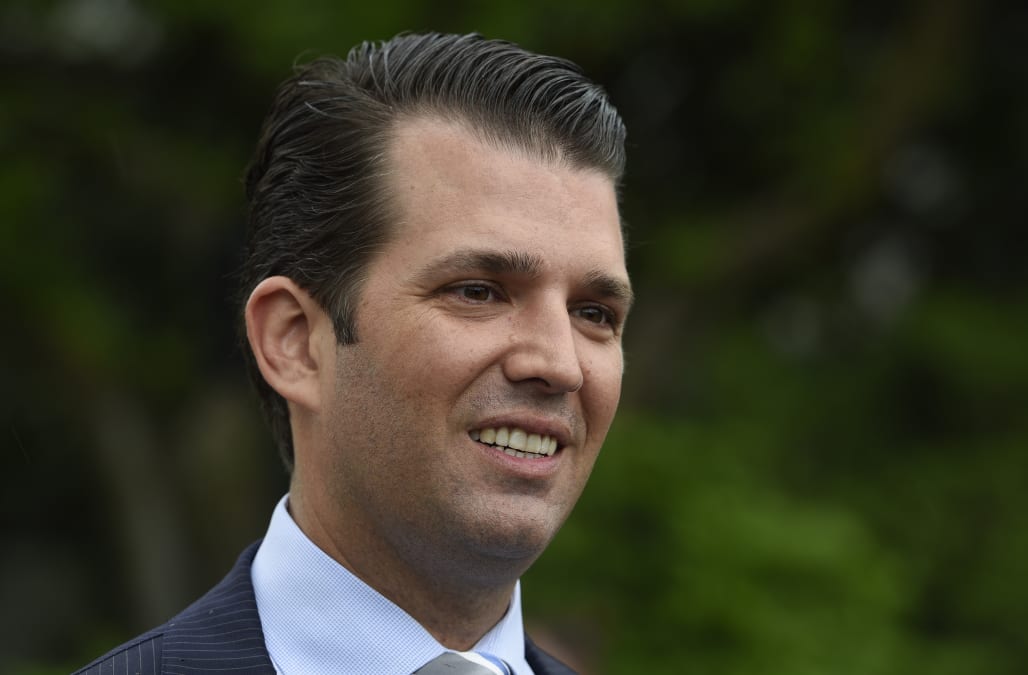 Donald Trump Jr. has become a central character in the Russia story following the revelation that he met with Natalia Veselnitskaya, a Russian lawyer, to acquire damaging information on Hillary Clinton during the 2016 presidential campaign.

The controversy has also earned him several magazine covers.

The New Yorker magazine gave a sneak preview of its new cover on Friday; it's titled 'Grounded' and shows seemingly agitated President Trump pulling Trump Jr. by the ear as they are getting off the Air Force One.

An early look at next week's cover, "Grounded," by Barry Blitt: https://t.co/s69MRATPBhpic.twitter.com/lzAuhyzE8g

His picture is surrounded with excerpts from his email exchange with Rob Goldstone, the man who arranged the face-to-face meeting with Veselnitskaya.

In another development in the story on Friday, NBC News reported that Veselnitskaya "was accompanied by a Russian-American lobbyist — a former Soviet counter intelligence officer who is suspected by some U.S. officials of having ongoing ties to Russian intelligence...."

Meanwhile, President Trump defended his son during a press conference on Thursday.

"My son is a wonderful young man. He took a meeting with a Russian lawyer, not a government lawyer, but a Russian lawyer," the president said. "I think from a practical standpoint, most people would have taken that meeting. It's called opposition research."