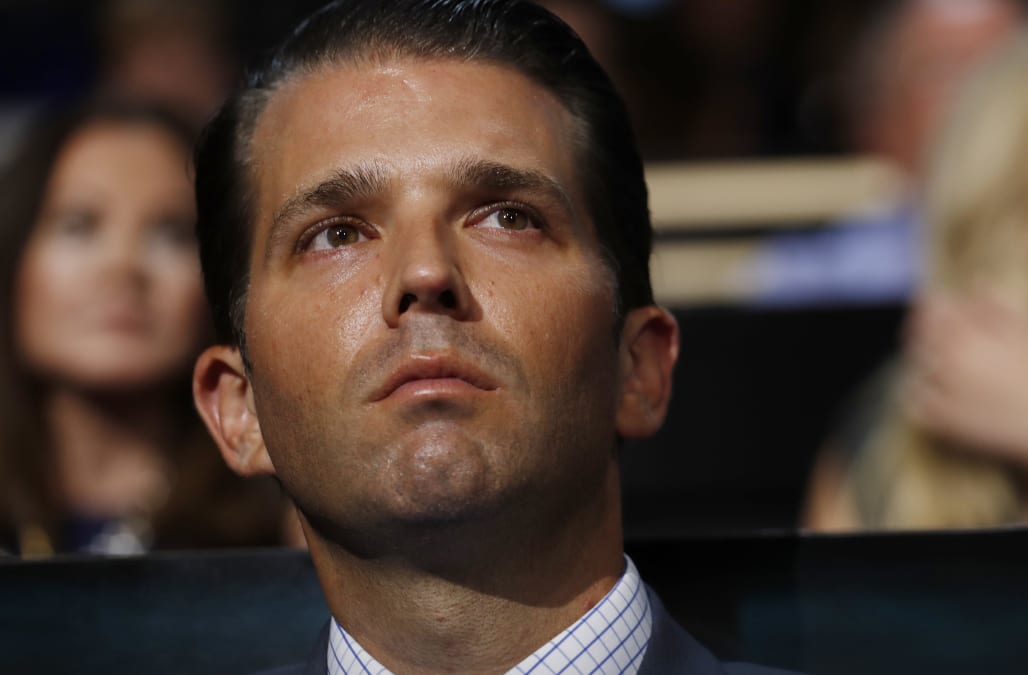 Time magazine featured Donald Trump Jr. with the words "red handed" printed over his face on the cover of its most recent issue.

The cover relates to President Donald Trump's eldest son's recent release of his emails, arranging a meeting with a Kremlin-related attorney in 2016 who supposedly had incriminating information on his father's rival Democratic presidential candidate Hillary Clinton.

TIME's new cover: How Donald Trump Jr.’s emails have cranked up the heat on his family https://t.co/ZAsDutISc6pic.twitter.com/QmtUOQf7uO

On Tuesday, Trump Jr. tweeted an email exchange with Rob Goldstone, during which he eagerly agreed to meet Natalia Veselnitskaya, who Goldstone described as a "Russian government lawyer."

Goldstone offered "very high level and sensitive" information as "part of Russia and its government's support for Mr. Trump."