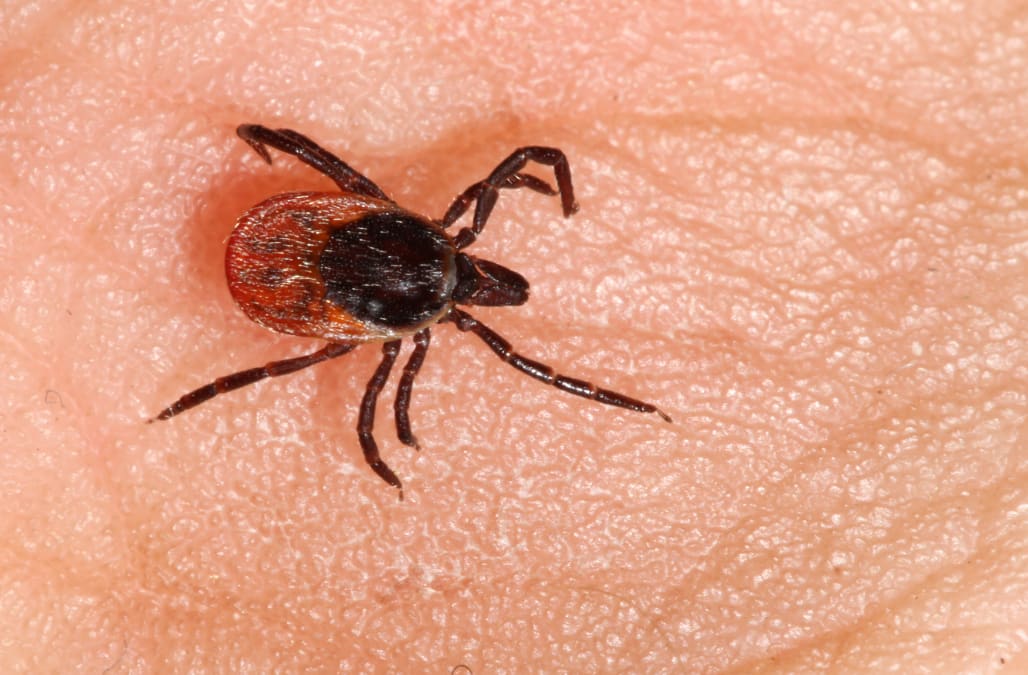 A Missouri mother of three died after contracting a rare, tick-borne illness called Bourbon virus that was first discovered only three years ago.

Tamela Wilson, 58, worked at the Meramec State Park in Sullivan, Missouri, for over a decade, so she didn't panic when she spotted two seed ticks on her skin in late May, according to CBS News.

The veteran outdoorswoman simply pulled the creatures off and went on with her day.

But just three days after removing the ticks, Wilson started to feel ill and went to see her primary care physician, who initially diagnosed her with a urinary tract infection and gave her antibiotics.

One day after her initial doctor's visit, Wilson returned to her physician complaining of severe headaches, pain and a light rash.

After tests revealed she had a low white blood cell count, Wilson was admitted to Barnes-Jewish Hospital in St. Louis where she was eventually diagnosed with Bourbon virus.

Bourbon virus is an extremely rare tick-borne illness that was first discovered in Bourbon County, Kansas, in 2014.

CBS reports that Wilson is only the fifth confirmed case of the deadly virus since its discovery.

According to the CDC, symptoms of the disease included fever, fatigue, rash, headache, body aches, loss of appetite, nausea and vomiting.

Because there is no cure for the illness, doctors are only able to treat a patient's symptoms while allowing the virus to run its course.

Unfortunately, Wilson was never able to recover from the illness. She passed away in the hospital on June 23.

"You wouldn't want this for your worst enemy," Wilson's stepmother Kathy Potter told KMOV. "It makes you fearful about going outside."

Since there is no vaccine or drug to prevent or treat Bourbon virus disease, the CDC recommends avoiding bites from ticks and other insects as the best way to prevent infection.

Click through to see how you can avoid tick bites:

How to avoid tick bites

1. Stay in the middle of the path

When hiking, make sure to stay in the middle of the path. Weeds, grass and trees make it easier for ticks to crawl onto you. Don't venture out to the grass or bushes, where ticks are formidable to be hiding.

Protect your skin. Adding an extra layer makes it more difficult to latch on to you. It's smart to wear pants, long sleeves and hats, especially in the summer.

Since ticks feed on and are transported by deer, try looking into deer-resistant plants. French marigolds, rosemary, mint and crape myrtle are just some of the greens deer tend to "overlook".

See a complete list of the herbs and flowers here.

Dogs can literally bring ticks right to your front door. Prevent ticks by keeping their coats short in the summer. Use your hands to check the fur, stopping if you feel a pea-sized bump. Favorite spots ticks like to hide include the ears, toes and under the tail.

Dog ticks don't "harbor diseases that sicken people", but you should still be wary.

According to TickenEncounter, spray with DEET does not provide "sufficient" protection. Get spray for your clothes like Permethrin, which instantly kills ticks.

The CDC recommends tumble drying clothes immediately for ten minutes after you've been outside. Ticks can easily "dry out" with high heat, but you should make sure the clothes are completely dry.

Warning: Ticks can survive the wash.

7. Tuck your pants into your socks.

This covers the small, easily accessible space in between your pants and ankles. Especially if you are sitting, it makes it easier for ticks to latch on.

Since ticks survive in shady, humid environments, researchers agree that staying in the sun lowers the risk for ticks. According to LiveScience, ticks "can't survive" in places with lower than 80% humidity.

The chemical is successful in protecting against ticks, mosquitoes and other types of bites. Lymedisease.org estimates that permethrin-treated footwear offered 74 times the protection from bites.

Cut your grass, clean your yard, get rid of any extra firewood or wood chips.

More from AOL.com:
Everything you never wanted to know about how ticks hunt you (and how to avoid them)
You're probably treating your pinkeye wrong, study says
Britain's Prince Harry says lack of education on HIV is "absurd"