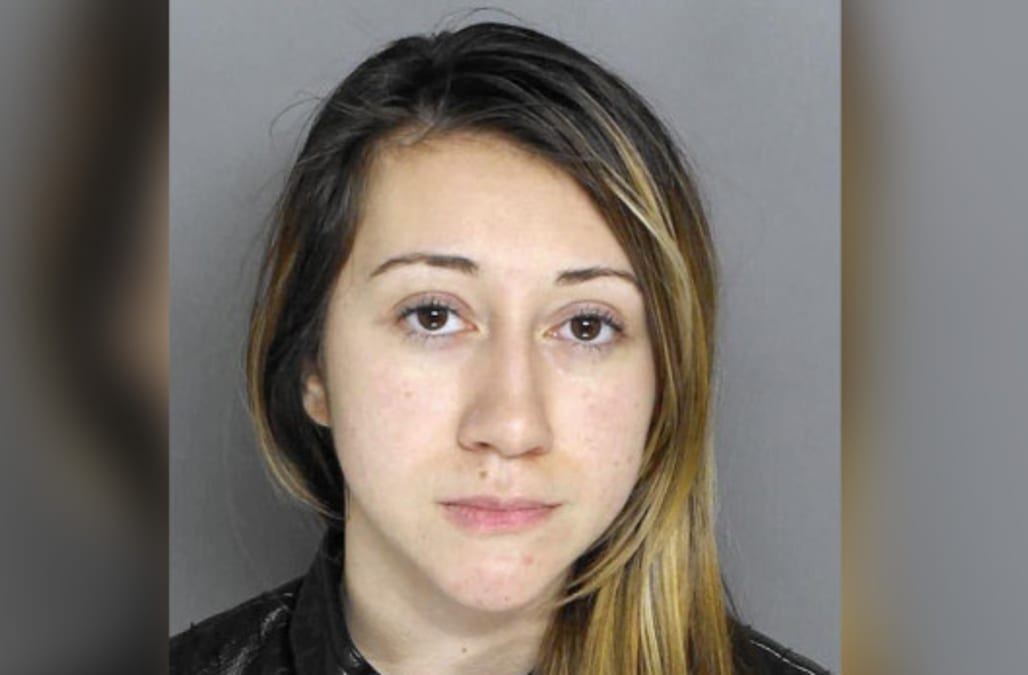 A former high school Spanish teacher pleaded guilty to three misdemeanors in a sexual offense against a male student after police discovered she left school to have sex with the teen and filmed it.

Ekatherine Pappas, 25, was sentenced to three years in jail in a Baltimore Court on Monday after police found footage of the teacher engaging in a sexual act with a 16-year-old student in January.

Though Pappas pleaded guilty to the three counts of fourth degree sex offense in June, the state dropped additional felony charges, and suspended all but a year of her sentence, the Baltimore Sun reported.

"I cannot begin to explain the terror of being notified that my son had been sexually abused and it was on videotape that had been circulated throughout the school for others to see," the teen's father said in a statement to the court, adding that he did not allow his son to return to school afterward.

Pappas allegedly attempted to flee the country and fly to Colombia the same day county police announced charges against the former teacher in January, but police were able to arrest her once she arrived at the airport.

That same day police investigators interviewed the victim, who said his teacher asked him to skip class on two occasions, then left with him to his house during school hours and sexually assaulted him. One of the incidents was recorded.

The victim's father, whose name has not been provided in efforts to conceal the student's identity, said his son and family have been affected "in devastating and profound ways."

"As a young man, this entire ordeal has been extremely confusing for him, just as it would be for any victim that is exposed to sexual activity before they are at a level of maturity," his father said in his statement to the court. "Our home is no longer viewed as a safe environment since it is the location where the assault took place."

Pappas now must register as a sex offender for 15 years.