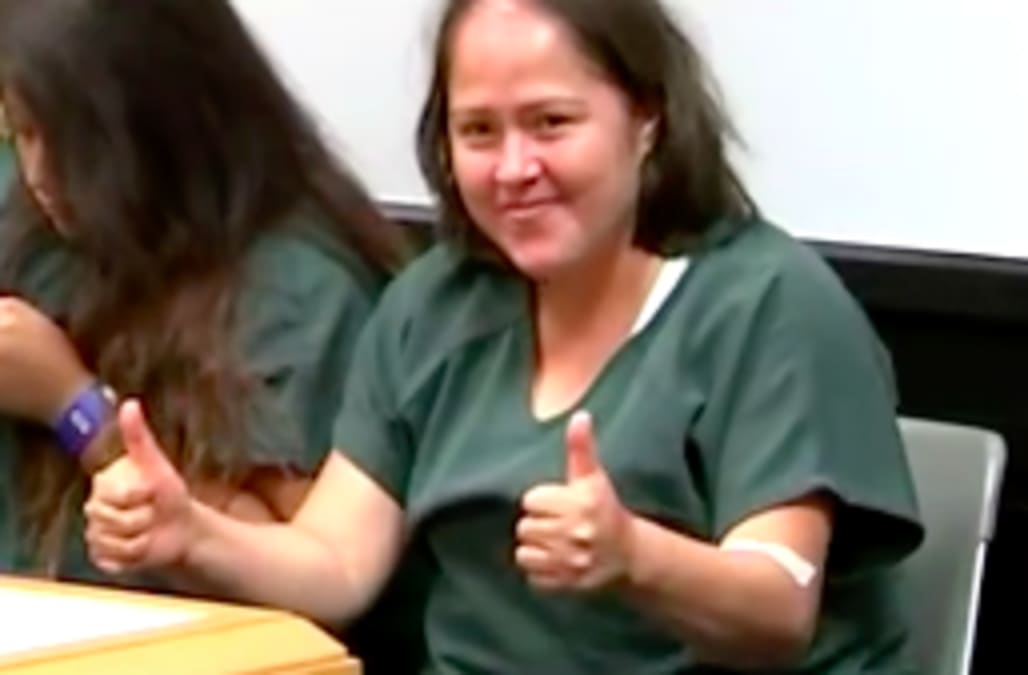 A Georgia mom accused of stabbing her four kids and husband to death appeared in court Friday morning, smiling and giving repeated "thumbs-up" to the camera.

With the help of a translator, Isabel Martinez told the Gwinnett County judge that she will defend herself in court and that her "attorney is the people we are fighting for," WSB-TV reports.

The station uploaded a video of the disturbing gestures to Facebook:

At one point during her court appearance, she got down on her knees and bowed.

Mom charged with slaying family reacts in court ..acts out prayer and gives thumbs up. ” God and people are her attorneys .” pic.twitter.com/zEyz6Vs5er

Martinez has been charged with multiple counts of murder and was not granted bond.

"She seemed so normal, like a regular mother," said neighbor Letty Perez, WSB-TV reports. "She was good, went to our church last weekend. She was there with us."