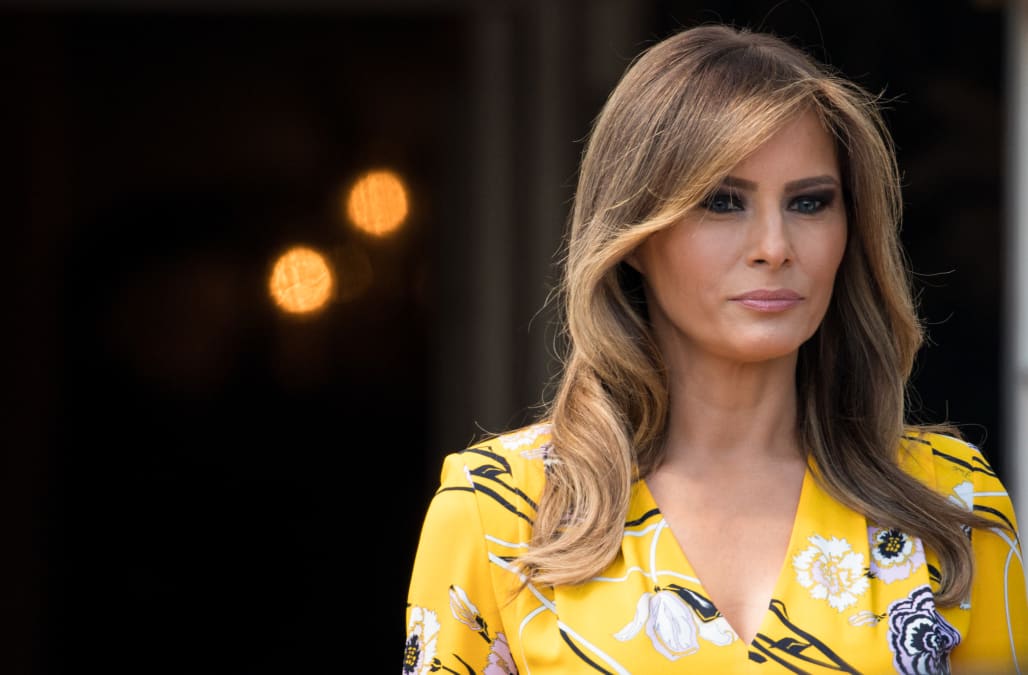 The first lady's communications director told reporters, "As the First Lady has stated publicly...when her husband gets attacked, he will punch back 10 times harder."

.@StephGrisham45: "As the First Lady has stated publicly in the past, when her husband gets attacked, he will punch back 10 times harder."

The president took to Twitter Thursday morning to hit the MSNBC talent, directly criticizing Brzezinski for "bleeding badly from a face-lift."

Many took to twitter to weigh in on the first lady's response, with many, including NBC New's Katy Tur, pointing out that the first lady appeared to be condoning cyberbullying -- the opposite of the planned anti-bullying initiative Melania Trump was expected to lead.

Shorter: It's ok to bully - @FLOTUShttps://t.co/BbrzEABwkW

Melania Trump pledged in 2016 that she would head a campaign against cyberbullying as the first lady. However, her office has yet to materialize a clear plan or strategy.

RELATED: Everyone has a hot take on Trump's tweets today:

This reminds me: how is @FLOTUS's campaign against cyber-bullying going? https://t.co/X4xmyreGLH

Her press secretary, Stephanie Grisham, told USA Today in May that her anti-cyber bullying effort is still in the works.

"Mrs. Trump is being very thoughtful when it comes to building out her initiatives," Grisham told the publication. Adding that the first lady is taking her time hiring because she values "quality over quantity."

In a statement to Politico in June, Grisham noted that while cyberbullying is a topic the first lady talks about, it is just a piece of what she will really "focus" on.

"While cyber-bullying is something she speaks out against, that is but one subset of her focus around the overall wellness of children," Grisham said