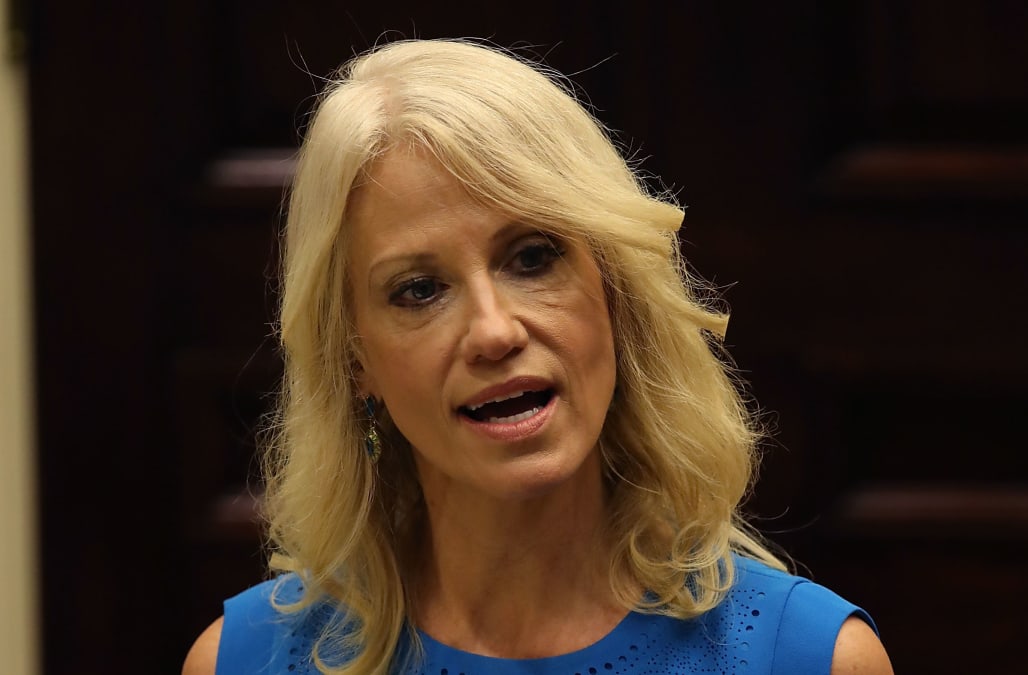 In her interview, she assured anchor George Stephanopoulos that the looming threat of steep cuts to Medicaid from the projected $800 billion repeal is not as it may appear to some.

See how Kellyanne Conway makes and spends her $39 million fortune:

"These are not cuts to Medicaid, George," Conway said. "This slows the rate for the future and it allows governors more flexibility with Medicaid dollars because they're closest to the people in need."

By people, Conway was referring to "the poor, the sick, the needy, the disabled, children, some elderly, women — particularly pregnant women. We are trying to get Medicaid back to its original mores."

She further clarified to Stephanopoulos that the ACA, enacted under the Obama administration, expanded Medicaid access to "able-bodied Americans" living "way above the poverty line." She said that they "should at least see if there are other options for them."

.@KellyannePolls: Obamacare opened up Medicaid to "many able-bodied Americans who should at least see if there are others options for them." pic.twitter.com/fzqvuwXrXB

"If they're able-bodied, and they want to work, then they'll have employer-sponsored benefits like you and I do," Conway stated.

According to the Henry J. Kaiser Family Foundation (KFF), roughly 80 percent of able-bodied adults -- or, non-elderly adults who don't qualify for disability benefits on Medicaid -- are members of families where someone is employed and 59 percent are employed themselves.

Medicaid expansion extended benefits to many of these people as a chunk of them work low-paying, part-time or temporary positions that don't provide coverage. According to KFF, only 30 percent of working adults living below the federal poverty line were given access to employer-sponsored coverage.

If the ACA is repealed, over 24 million Americans could lose insurance coverage over the next five years. However, the Senate's 142-page measure has faced criticism ahead of a vote Senator Mitch McConnell of Kentucky, the majority leader, called for this week.

So far, five conservative senators, Rand Paul of Kentucky, Ted Cruz of Texas, Mike Lee of Utah, Ron Johnson of Wisconsin and Dean Heller of Nevada, announced they would oppose the health care bill in its current form -- which is more than enough to bring it to a halt.