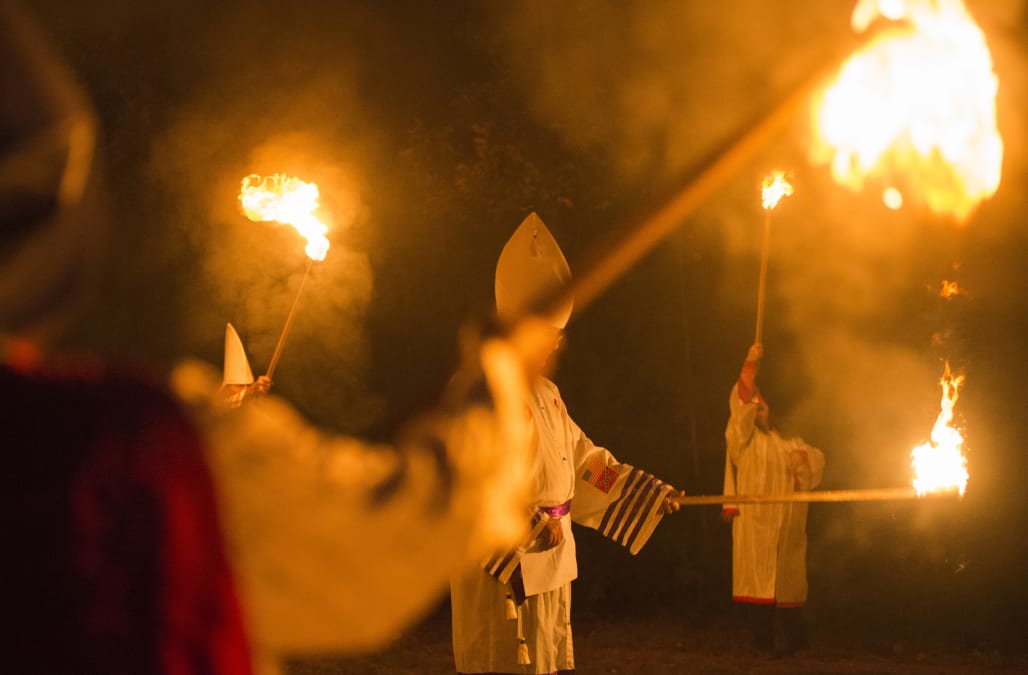 The Anti-Defamation League (ADL) released a report on Thursday outlining the activity of the Ku Klux Klan members across the U.S.

According to the report, the Ku Klux Klan movement in the United States consists of 42 active Klan groups in 33 states, a slight increase from early 2016's data.

The report also found that most groups have less than 25 active members and many of the largest groups have around 50-100 members.

Notably, over 50 percent of the groups are less than three years old, suggesting their short lifespan in general.

As America's oldest recorded hate group, the KKK -- sometimes referred to as the "Loyal White Knights" were reportedly planning a recruitment push earlier this year in hopes of driving greater presence throughout the country.

The report further explains, "The organized Ku Klux Klan movement continues to struggle due to several factors, including infighting, the perception among adherents that current Klan groups (or their leaders) are not authentic, as well as competition for membership from other white supremacist movements. These include the surging 'Alternative right' and a rising number of white supremacist prison gangs.

"The Ku Klux Klan movement is small and fractured, but still poses a threat to society," ADL CEO Jonathan A. Greenblatt said of the study's findings. "These hardened racists and bigots are looking to spread fear, and if they grow dissatisfied with the Klan, they move on to other groups on the extreme far-right."

More from AOL.com:
Muslim teen assaulted outside US mosque found murdered in Virginia
When is a crime a hate crime?
Memorial to slain Muslim girl Nabra Hassanen set on fire in Washington DC