The KKK is planning to ramp up recruitment in several US states, according to one member 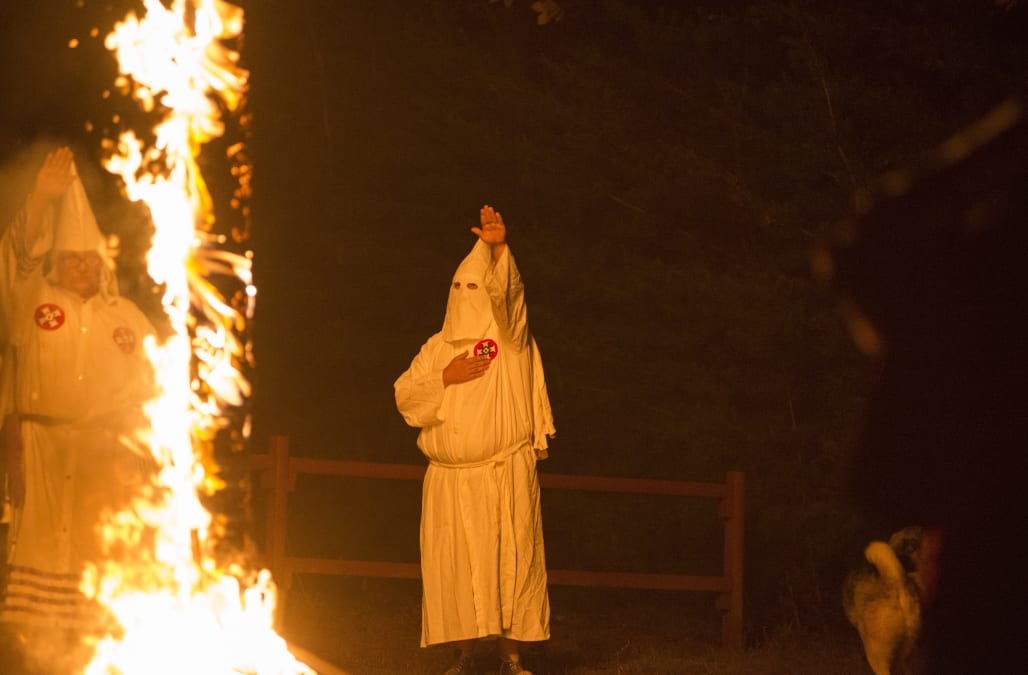 The Ku Klux Klan, America's oldest and most well-known hate group, is reportedly planning a major recruitment push and hoping for a big resurgence. At least, that's what one member recently told a local Ohio newspaper.

In an interview with the Columbus Dispatch published Thursday, Amanda Lee, the "national imperial commander" for the Loyal White Knights of the KKK — a KKK subgroup — said the white supremacist group is planning to distribute more pamphlets, hold more public rallies and increase recruitment across several U.S. states in the coming year.

The homepage of the official website for the Loyal White Knights is filled with racial expletives and admonitions to white Americans to "stay with your own race." Under one graphic is the slogan "One Country, One Flag, One Language."

The homepage also features a section accusing the "liberal news media"of slandering the Loyal White Knights by calling it a hate group: "We do not hate any group of people," it says, before going on to rail against homosexuality, interracial dating and mixed race children, referred to as "mongrels." Lee seemed to reiterate this paradoxical way of thinking, telling the Dispatch, "We don't hate anybody ... God says you can't get into heaven with hate in your heart."

According to the Southern Poverty Law Center, which tracks and studies hate groups in the U.S., the KKK has, since its founding in 1865, focused on targeting black Americans, although it has also targeted other groups, including Jews, LGBTQ people and immigrants.

In the years following the Civil War, Klan members carried out brutal and violent attacks on black Americans — lynching and raping people, and even tarring and feathering them.

The first iteration of the KKK faded from prominence only to experience new surges of popularity in the 1920s and then again in the '60s, when it resurfaced to counter the Civil Rights Movement. According to the SPLC, the modern KKK has been weakened by — among other factors — years of infighting among competing subgroups that claim the name.

But the SPLC warns that some of today's members are trying to legitimize the KKK by claiming to be not a hate group, but a pro-white "civil rights" group, angling for a place in mainstream politics.

In the past few months, KKK recruiting pamphlets associated with several subgroups have shown up on doorsteps everywhere from Georgia to Pennsylvania to Canada. On Thursday, white nationalist and former KKK leader David Duke, a supporter of President Donald Trump, tweeted a message celebrating the successful confirmation of Attorney General Jeff Sessions, who has opposed hate crime laws and come under fire for racist comments.

Even as the KKK allegedly plans for a resurgence, ordinary people are fighting its message of hate and division. In December, a North Carolina Trump victory rally planned by the Loyal White Knights was forced to relocate after hundreds of counter protesters showed up at the scene for their own "March of Love."

From the KKK counter-protest in #Pelham, NC today (via @Fadelll) pic.twitter.com/zrUyzPE8Gd

As one 26-year-old protester attending the counter march explained to the Charlotte Observerat the time, "We're going to stand up against bigotry. We're not just going to stand by and watch it happen. We're going to get to work to change this and get us back on the right track."