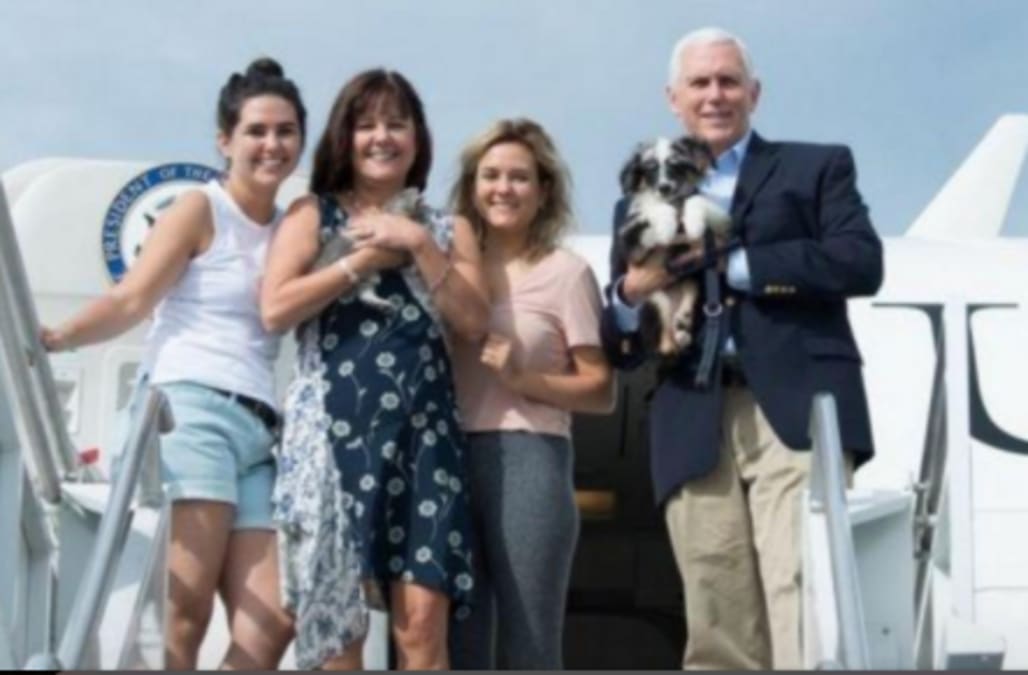 His wife, Karen Pence, announced Sunday on Twitter that the family took home two new furry friends while on a weekend trip to their home state of Indiana -- a dog named Harley and a cat named Hazel.

We welcomed a new kitten to our family during our trip back home to Indiana this weekend!Introducing: Hazel! pic.twitter.com/TWk6WeUQi6

And... for Father's Day, we surprised @VP with an Indiana puppy! Introducing: Harley! pic.twitter.com/ZlvNasOw9b

Pence's press secretary shared a photo of the vice president disembarking Air Force Two with the "Second Dog" in his arms.

The new additions to the family follow tragedy, as the family's cat named Oreo died earlier this month and the family's dog named Maverick died in October.

President Donald Trump does not have any pets -- and he is the first in over 100 years not to have a dog.

The Pence family, however, has plenty of pets. Harley and Hazel join a cat named Pickle and a rabbit named Marlon Bundo. Bundo has a striking Twitter and Instagram presence with accounts run by Pence's daughter Charlotte.