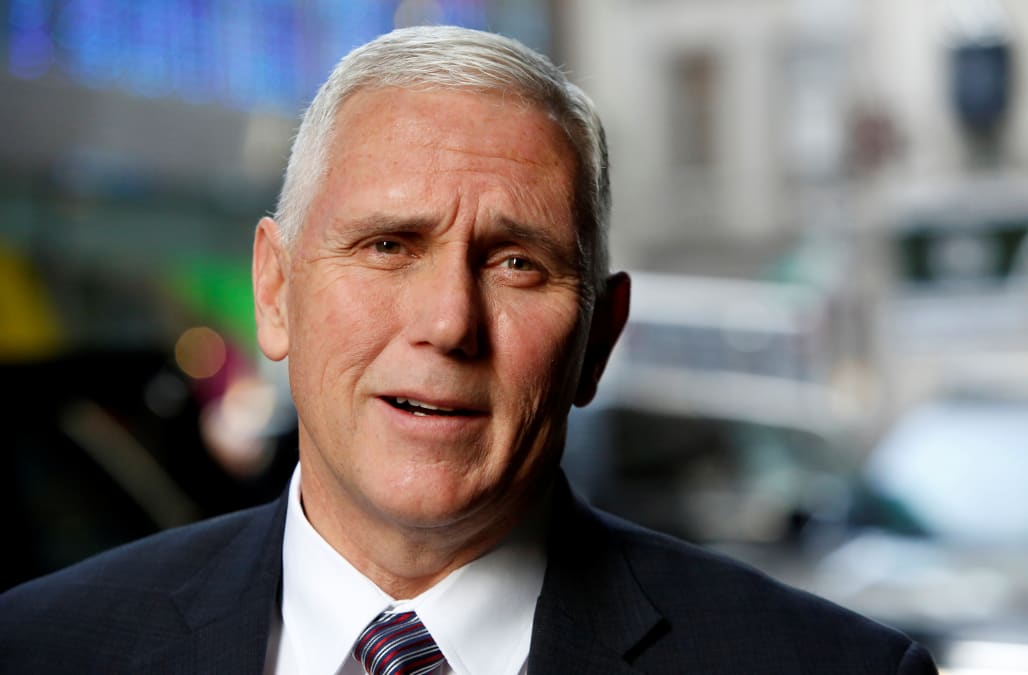 The Pence family arrived in Washington on Monday with a very adorable new family member in tow.

Marlon Bundo the rabbit, whose name is a nod to famed actor Marlon Brando, accompanied the Pences. The family also has two cats, Oreo and Pickle.

The vice president-elect posted a family photo as they traveled from Indiana to Andrews Air Force Base aboard an Air Force 737, which CNN reports will be known as Air Force Two after Pence is sworn in.

Thanks to @usairforce for a great flight to Washington, DC with Karen, Charlotte, Oreo, Pickle and our rabbit, Marlon Bundo. pic.twitter.com/zKzZYcI9OE

Alongside the politico was his daughter Charlotte holding Marlon, as well as Oreo and Pickle snuggling up beside his wife, Karen.

Social media instantly lit up over this unique vice-presidential pet:

Mike Pence gets a new pet rabbit
The Pence family has officially arrived in DC. Along for the ride were the family pets - including 2 cats, and bunn… https://t.co/M8yvMUv0mQ
It's been 2 months since the general election and I am just finding out that VP-elect has a rabbit named Marlon Bun… https://t.co/eiXZNrUx6K
Political views aside, you have to admit seeing a bunny exiting Air Force 2 is the best thing this week. #PencesPets #MarlonBundo 😂🐰
Marlon Bundo. My favorite member of the new Administration!! https://t.co/0jhkFp6b90
Just learned Mike Pence has a pet rabbit named Marlon Bundo and now don't see how I'm going to get any work done this afternoon.
Marlon Bundo. Excellent rabbit name. https://t.co/hF98gkwVgO
Up Next

The Pences are big animal lovers and also have a pet snake that is reportedly in Mississippi with their son, Michael, a Marine.

The family's 13-year-old beagle, Maverick, tragically passed away shortly before the 2016 election.

Heavy hearts today. Our beagle of 13 years passed away quietly last night. Rest In Peace, Maverick. We will miss you. pic.twitter.com/JPnFvsHB3Y

After Donald Trump's inauguration, the entire Pence crew will move into the U.S. Naval Observatory, which is the traditional home of the vice president.

Related: Also see some of the most iconic presidential pets in U.S. history:

More from AOL.com:
Obamas' dog reportedly bites White House visitor on face
Why Bo and Sunny Obama will be missed as much as the president
Talladega College band will march at Trump's inauguration