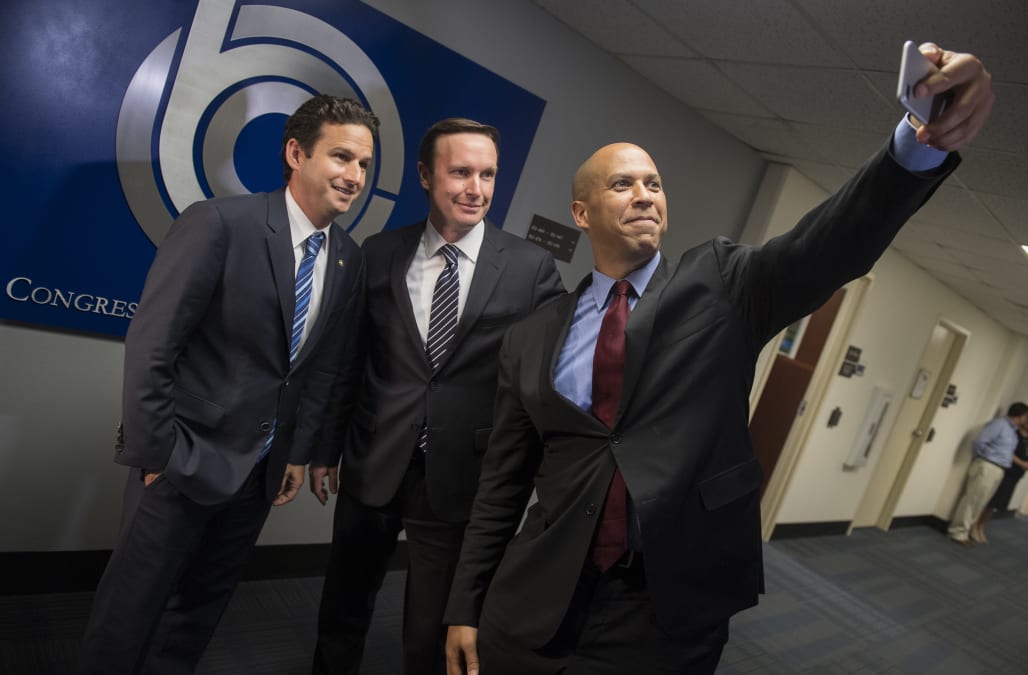 In an attempt to bring attention to the secretive process being used by the Republican Senate leadership, the trio broadcast their hunt for the bill on Facebook Live.

The three lawmakers headed over to the Congressional Budget Office to request a copy of the bill since Republicans have not made their plan public, even to some members of their own party.

Reports suggest that the GOP has submitted at least some parts of their bill to the CBO to get a preliminary score on some of the more important aspects of the bill. Thus, Booker, Schatz, and Murphy decided to try and see if they could get a copy.

Since the bill text was submitted privately, the CBO is obligated to not release it to the senators — which they likely know — but the Democrats used to opportunity to highlight what they called the "absurd" process Republicans are using to obscure the bill from the public.

As of this writing, the two livestreamed videos had nearly 60,000 viewers apiece, so despite the likely futility of the exercise, it appears to have attracted some attention.

Based on the final video, the senators were not able to get the bill from the CBO nor could the CBO confirm they were working on the bill.

The GOP plans to finalize their bill by Thursday and have a vote on the healthcare overhaul by the end of next week.