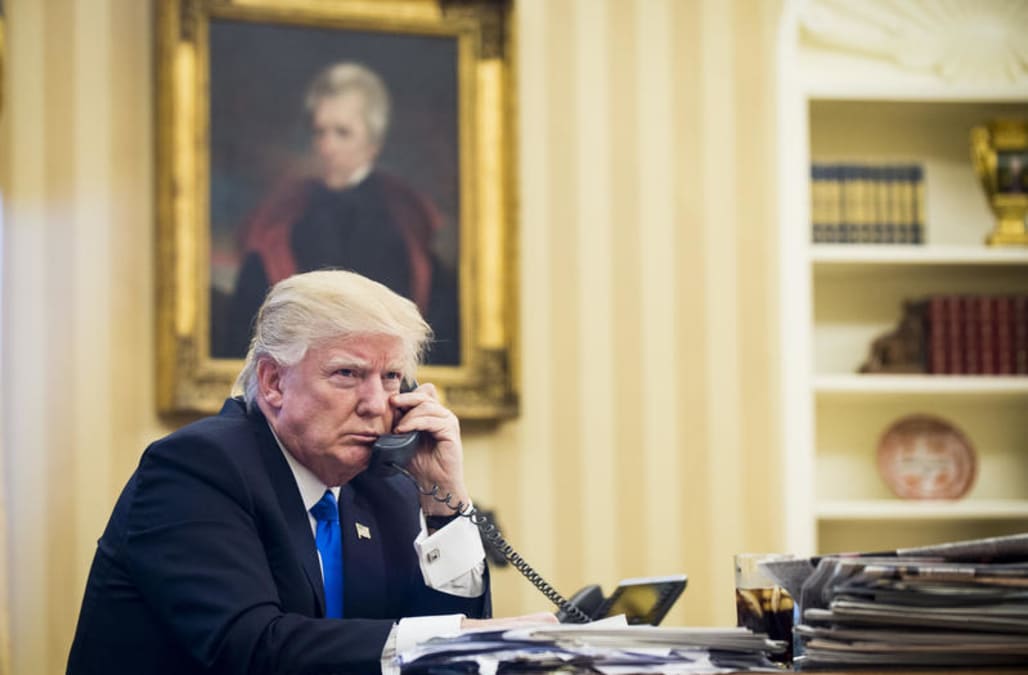 With the Senate passing tougher sanctions on Russia, the White House is reportedly hoping to pump the brakes.

Politico reported that President Trump and his staff are acting quickly and working with House Republicans to make the bill more favorable to Russia.

Democratic Senator Sherrod Brown told Politico that Trump wants to weaken the bill or stop it all together, saying he heard the Trump administration is reaching out to House members "to slow it, block it."

"This is not something the administration is calling for us to do," Brown told reporters regarding the tougher sanctions. "I applaud the courage of a number of my Republican colleagues who said no to the administration and did the right thing for the country to keep a foreign power out of our elections."

Other Democrats are also weighing in, with Senator Kyrsten Sinema tweeting, "Russia seeks to undermine American democracy. We must hold them accountable with strong sanctions."

Russia seeks to undermine American democracy. We must hold them accountable with strong sanctions. https://t.co/wHB3l18q1H

On Thursday, the Senate overwhelmingly passed legislation that would give Congress the power of controlling the president's ability to alter sanctions against Russia. Its focus would be penalizing those responsible for cyber crimes against the U.S.

SEE ALSO: Russian operatives reportedly bragged that they could use Mike Flynn to get to the White House

This comes as the FBI investigation continues into Trump's alleged campaign ties to the country.

In a House Foreign Affairs hearing earlier this week, Secretary of State Rex Tillerson seemingly expressed concern about the idea.

"I would urge Congress to ensure any legislation allows the president to have the flexibility to adjust sanctions," Tillerson told lawmakers.