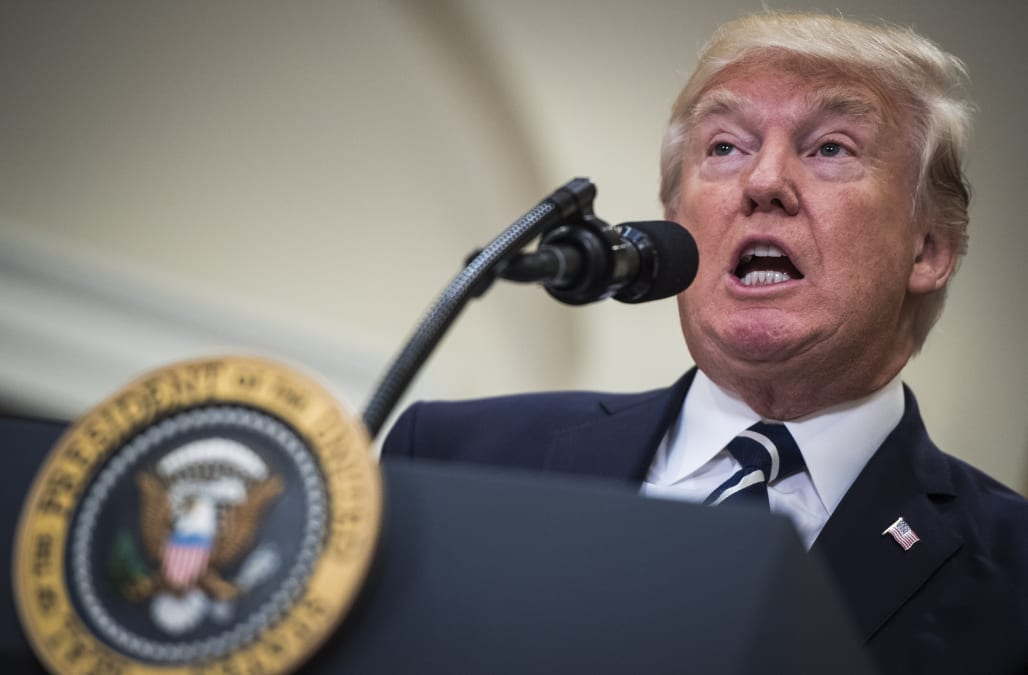 President Donald Trump on Friday confirmed he was under investigation in an ongoing probe about Russian interference in the election and appeared to attack the man in his administration overseeing it.

Trump's tweet was part of an early-morning tweetstorm in which he went after the Russia investigations and the "Fake News Media."

Trump fired FBI Director James Comey in May, and that firing is now reportedly part of an investigation into whether Trump obstructed justice as president.

Deputy Attorney General Rod Rosenstein, who recommended Comey's dismissal, is overseeing the broader investigation, which is being led by special counsel Robert Mueller.

Both the House and the Senate also have open investigations into whether Trump's presidential campaign colluded with Russia to meddle in last year's election.

"After 7 months of investigations & committee hearings about my 'collusion with the Russians,' nobody has been able to show any proof. Sad!," Trump tweeted Friday morning.

The president also praised his own use of social media, tweeting about how he is able to bypass traditional news media.

RELATED: Trump tweets since becoming president of the United States

"The Fake News Media hates when I use what has turned out to be my very powerful Social Media - over 100 million people! I can go around them," Trump tweeted.

Additionally, he took the opportunity to highlight some percieved presidential wins, while continuing to decry the "phony Witch Hunt."

"Despite the phony Witch Hunt going on in America, the economic & jobs numbers are great. Regulations way down, jobs and enthusiasm way up!," Trump tweeted.