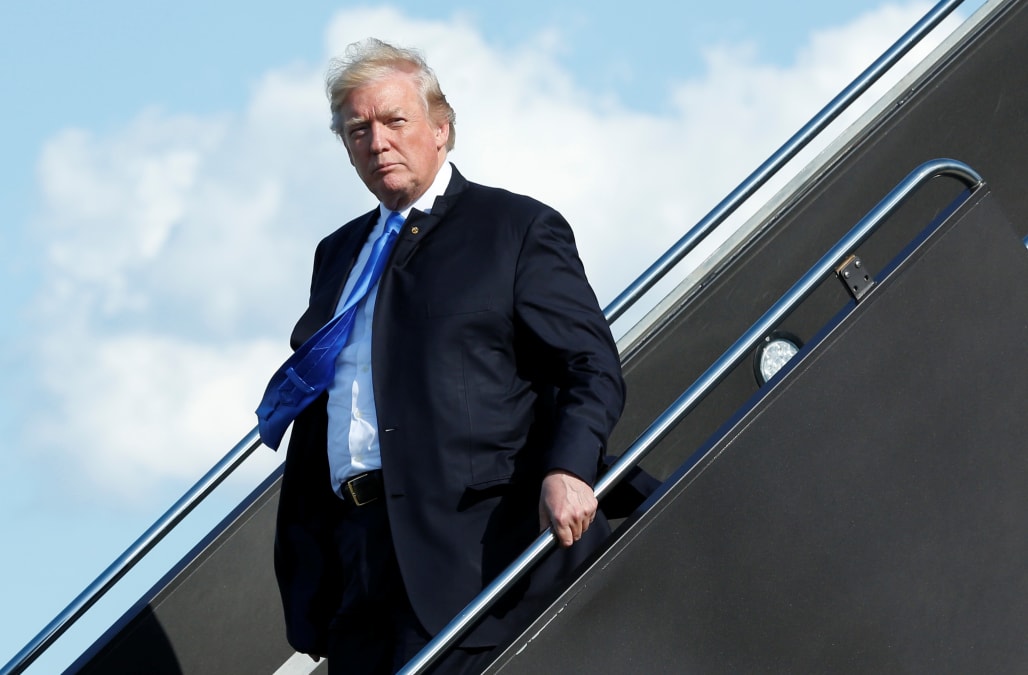 Just 35 percent of Americans say the approve of the job the president is doing, while a staggering 64 percent say they disapprove, according to poll released on Friday conducted by the Associated Press-NORC Center for Public Affairs Research.

The latest new survey shows a sharp drop in support overall for the president, whose approval rating fell 7 percentage points in the last month to hit one of his lowest points yet.

Take a look at Trump's approval ratings over his first 100 days:

Trump's disapproval increased by 6 percentage points from 58 percent back in May to now 64 percent.

The survey found that most Americans' have "little to no respect for the country's democratic traditions," which perhaps shouldn't come as a surprise from a candidate that ran a staunch anti-establishment platform.

According to the poll nearly two-thirds of Americans, 65 percent, say Trump doesn't have respect for the country's institutions and traditions. While 35 percent say he has a great deal or fair amount of respect for them.

The president boasted on Twitter Friday about the latest Rasmussen poll which has him at a 50 percent approval rating. The survey has been a consistent outlier, often showing Trump with higher numbers than other major surveys.

In terms of issues, health care emerged as a sore spot for the president in the AP poll, with 66 percent of Americans surveyed saying they disapprove of Trump's handling of the issue.

Sixty-four percent, nearly the same number in relation to health care, are unhappy with the president's handling of climate change issues -- this coming on the heels of Trump's announcing he was withdrawing the United States from the Paris Agreement earlier in June.

One group facing even lower numbers than the president is Congress, which came away with a dismal 75 percent job disapproval rating.