Former DOJ official: Sessions may have ‘earned himself a trip to the grand jury’ 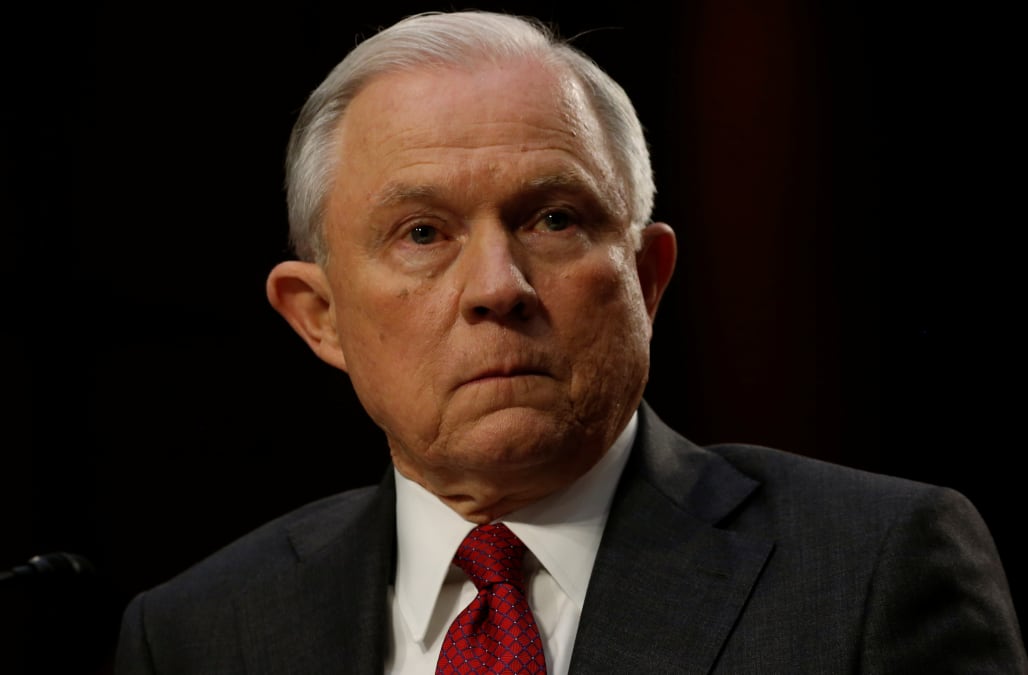 An official who worked at the Department of Justice under the Obama administration has said that Attorney General Jeff Sessions' recent testimony to Senate lawmakers likely "earned him a ticket to a grand jury."

"[N]o immediate public revelation, but a red flag in front of the bull named Bob Mueller...If Sessions had a good answer about conversations with Trump about firing [former FBI Director] Comey, he would've just given it," Matt Miller reportedly told Axios in an email.

Mueller is the special counsel appointed to lead the investigation into Russia's efforts to interfere in the 2016 election.

Miller added in his message that "Sessions can probably get out of ever giving the answer to a Republican Congress, but my guess is his performance earned him a ticket to a grand jury."

The former official also echoed these thoughts on Twitter, writing on Tuesday, "Takeaway: if Mueller is investigating obstruction, Sessions just earned himself a trip to the grand jury to discuss those convos w/ Trump."

Takeaway: if Mueller is investigating obstruction, Sessions just earned himself a trip to the grand jury to discuss those convos w/ Trump.

During his Senate hearing, the attorney general largely refused to share the contents of his communications with President Trump because, according to NPR, he wanted to "preserve the president's ability to theoretically invoke executive privilege in the future."

MSNBC notes that grand juries, which are composed of 12 to 23 people, are typically convened to determine if there is enough evidence in a case to proceed with criminal charges.