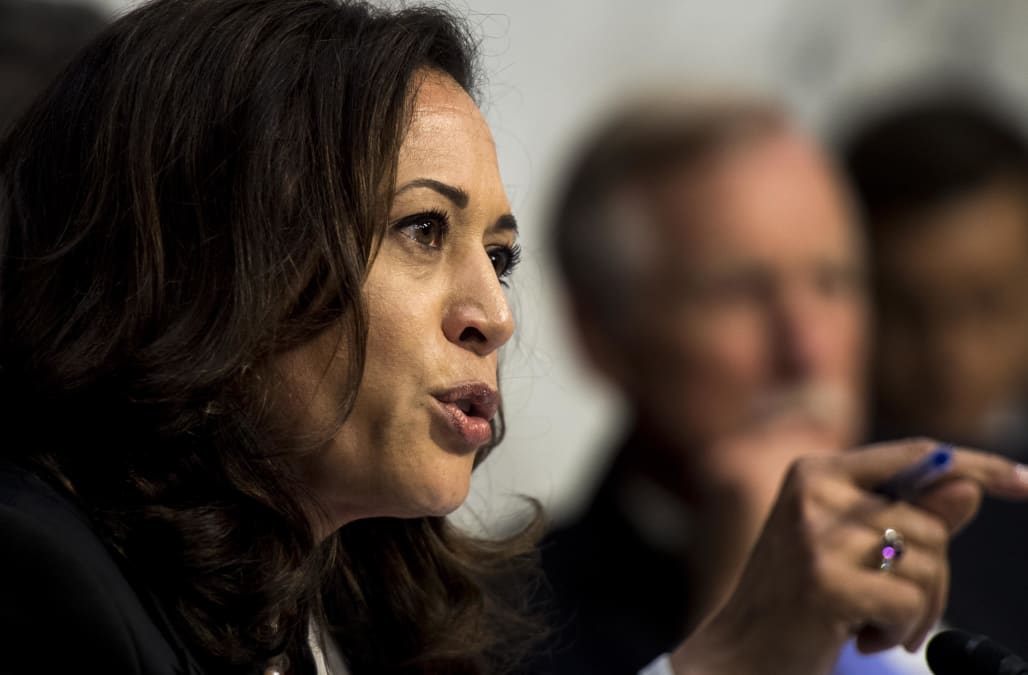 "How was Sen. Harris hysterical? I don't really understand that. I mean, she was asking some tough questions," Powers responded after Miller made a comment that Harris was "hysterical" during Jeff Sessions' testimony before the Senate Intelligence Committee on Tuesday.

"From my perspective — my, I would say, objective perspective — I mean it was ... it didn't seem like there was any effort to try to get to a real question or get to the bottom of it," Miller said.

"I think she asked a lot of questions, actually. She was very dogged," Powers fired back.

"Look, I have my opinion on that. I think she was hysterical," Miller responded, adding that a male senator also did a poor job getting to the bottom of issues.

"But he wasn't hysterical and she was. OK, I just wanted to clear that up. Got it," Powers said. "Calling her hysterical is probably a little gendered thing to say."

Check out the vide.

More from The Wrap:
Trump’s Friend Chris Ruddy Slams Sean Spicer in Text to ‘GMA’ Anchor George Stephanopoulos
CNN Fires Reza Aslan Over Trump ‘Piece of S—‘ Comment
Hollywood Reacts to Virginia Shooting: ‘Please Congress, What Will It Take for You to Act?’