Trump's Treasury Secretary Steven Mnuchin: 'Talking about impeaching the president is the biggest waste of time' 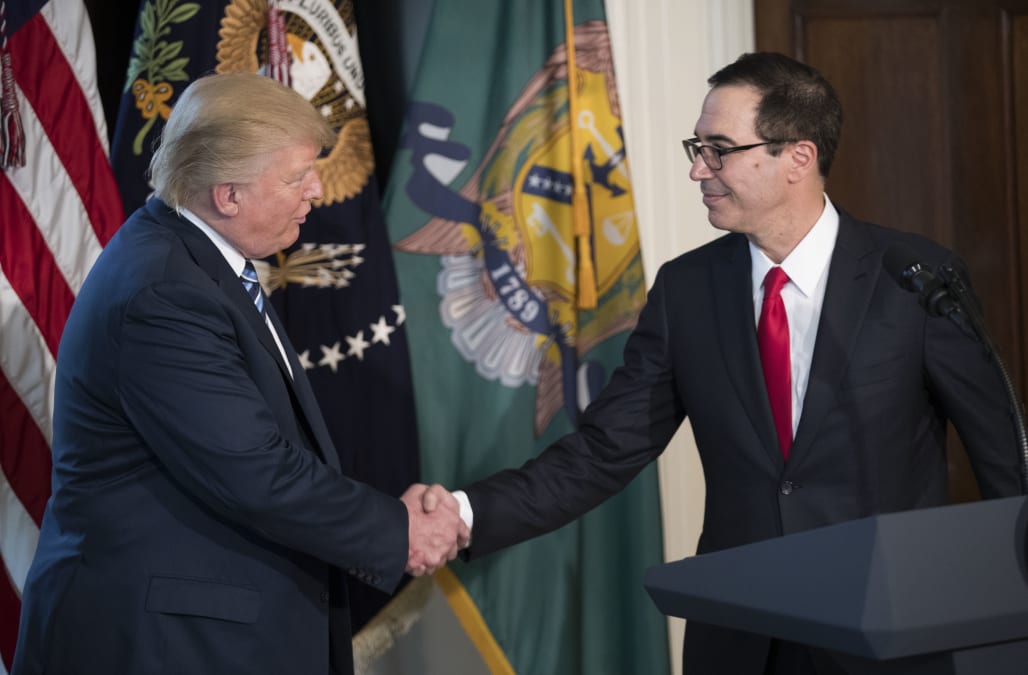 "Well, Maria, let me just assure you people talking about impeaching the president is the biggest waste of time," Mnuchin told Fox Business' Maria Bartiromo on Tuesday. "They should be focused on what's good for the American public, which is creating jobs. And that's what we're focused on and that's what we're working on every day."

Recently, calls from Democrats for Trump's impeachment have increased due to the firing of former FBI Director James Comey and the investigation into alleged ties between Trump's campaign and Russian officials.

Mnuchin insisted it was a distraction from Trump's agenda including tax cuts and a health care overhaul. According to policy analysts, the unfolding investigations may actually be slowing down the legislative process.

The GOP already pushed back the deadlines for their healthcare and tax changes, and the Republican-controlled Congress has struggled to deliver Trump a major legislative victory.

Mnuchin told Bartiromo that despite these delays, he plans on getting the tax cuts finished this year.

Finally, the Treasury Secretary also touched on the upcoming debt ceiling battle. He has advocated for Congress to pass a clean raise to the debt ceiling, avoiding a possible default and major economic meltdown, but other members of the Trump administration and congressional leaders have advocated for spending cuts to be added to a debt ceiling increase.

According to Mnuchin, it would be possible to keep the government from breaching the debt ceiling until sometime in early September.

"We think that Congress should have tight controls on spending governing dollars, taxpayer dollars, but when it comes to funding the government, and we've already spent the money, we need to raise the debt ceiling," Mnuchin said. "And I look forward to working with Congress. I think the sooner we do this, the better, and we're very focused on it."

SEE ALSO: Trump is starting to draw battle lines with Congress on an issue with huge implications for the global economy