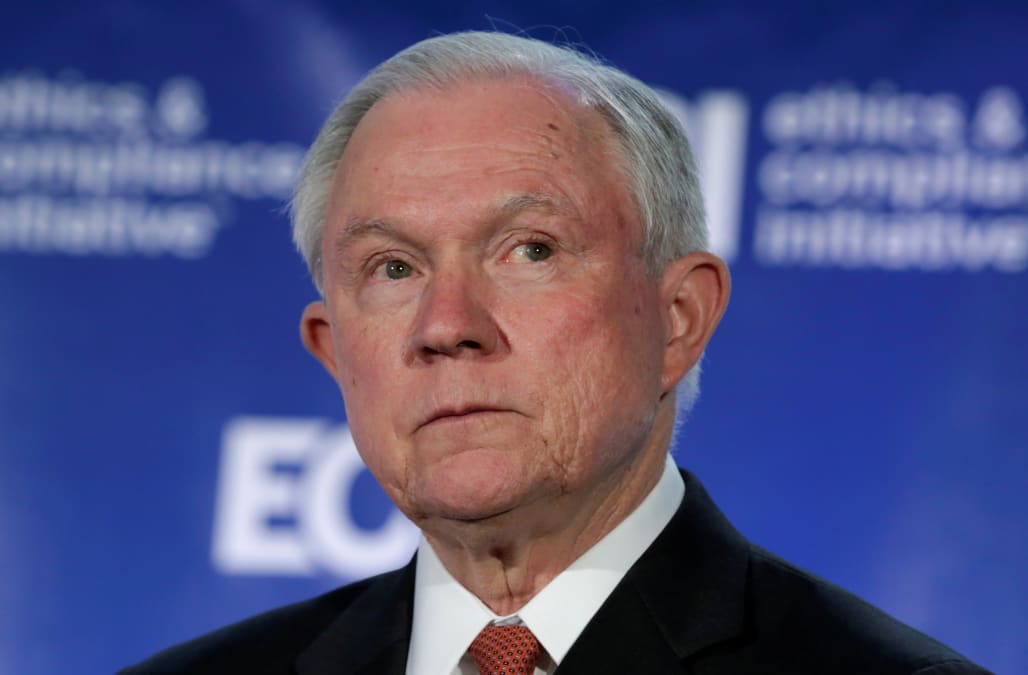 Attorney General Jeff Sessions will reportedly double down on a Department of Justice claim that former FBI Director James Comey misrepresented an interaction between the two during sworn testimony last week.

Jonathan Swan reports at Axios that Sessions will repeat under oath a DOJ claim that he "was not silent" following a conversation with Comey where the then-FBI director informed him of a one-on-one meeting with President Donald Trump.

Sessions is set to testify before the Senate Intelligence Committee Tuesday afternoon.

Comey said in sworn testimony to the Senate Intelligence Committee that Trump asked him to drop an investigation into former national security advisor Michael Flynn. When Comey approached Sessions about the one-on-one meeting with the president, he testified that the attorney general remained silent.

"Sessions is expected to counter this, saying he responded to Comey by telling him the FBI and DOJ needed to be aware of official protocol regarding communications with the White House," according to Swan.

Sessions would not be the first government figure to go after Comey.

Following Comey's testimony, Trump accused the former FBI director of lying and said he would "100%" be willing to answer questions under oath about the situation.

Here was the relevant portion of the original Department of Justice statement following Comey's testimony:

During his testimony, Mr. Comey confirmed that he did not inform the Attorney General of his concerns about the substance of any one-on-one conversation he had with the President. Mr. Comey said, following a morning threat briefing, that he wanted to ensure he and his FBI staff were following proper communications protocol with the White House. The Attorney General was not silent; he responded to this comment by saying that the FBI and Department of Justice needed to be careful about following appropriate policies regarding contacts with the White House.

SEE ALSO: The Justice Department and James Comey are telling 2 different stories about what led to Jeff Sessions' Trump-Russia recusal