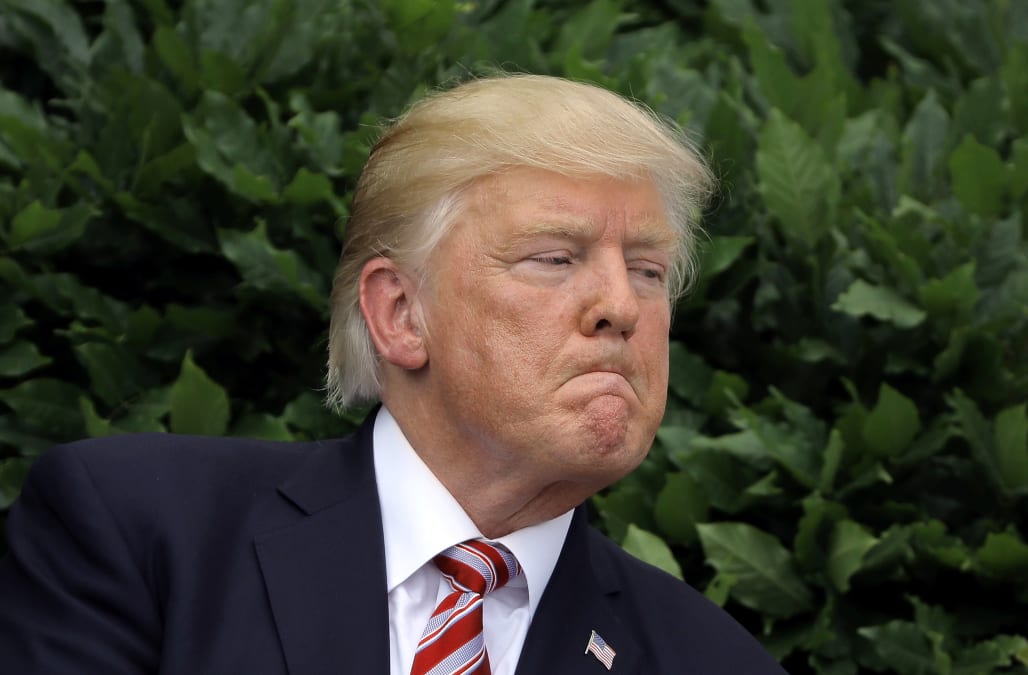 Trump took to Twitter on Tuesday morning, slamming the decision.

He tweeted, "Well, as predicted, the 9th Circuit did it again – Ruled against the TRAVEL BAN at such a dangerous time in the history of our country. S.C."

Well, as predicted, the 9th Circuit did it again - Ruled against the TRAVEL BAN at such a dangerous time in the history of our country. S.C.

The Monday ruling from a three-judge panel is a blow to Trump's executive order limiting travel from six predominately Muslim countries.

RELATED: A look at protests against Trump's proposed travel ban

The court even referred to Trump's recent tweets in the ruling. Days after the London terror attack, the president had posted a series of tweets pushing for the travel ban:

"That's right, we need a TRAVEL BAN for certain DANGEROUS countries, not some politically correct term that won't help us protect our people!"

"People, the lawyers and the courts can call it whatever they want, but I am calling it what we need and what it is, a TRAVEL BAN!"

SEE ALSO: Big-name Trump supporters are pushing for Robert Mueller to be fired

"We must stop being politically correct and get down to the business of security for our people. If we don't get smart it will only get worse."

Now all eyes are on the Supreme Court as the Trump administration says it will ultimately prevail in implementing the order that restricts U.S. travel from six mostly Muslim countries.

RELATED: Trump tweets since becoming president of the United States