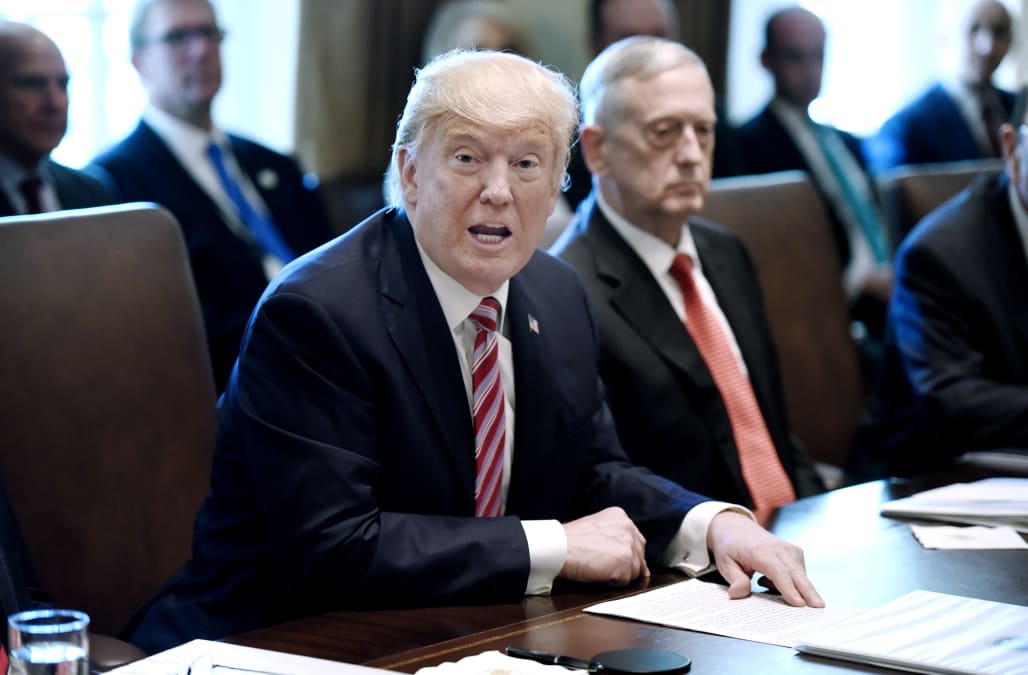 Following former FBI Director James Comey's testimony last week, there seems to be two different arguments being put forward as to why Trump should fire Mueller, who is currently heading an independent investigation into Russian ties to the Trump campaign.

Ann Coulter tweeted out, "Now that we FINALLY got Comey to admit Trump not under investigation, Sessions should fire Mueller. Why do we need a special counsel now?"

Now that we FINALLY got Comey to admit Trump not under investigation, Sessions should fire Mueller. Why do we need a special counsel now?

Proposed Sessions letter to Mueller: "You've done a great, great job, but we won't be needing your services anymore." https://t.co/qgUAaCICii

Donald Trump Jr. responds to Comey hearing
Kind of a big deal... No? https://t.co/dZDu7rK8Hy
1/3 Flynn stuff is BS in context 2 guys talking about a guy they both know well. I hear "I hope nothing happens but you have to do your job"
2/3 very far from any kind of coercion or influence and certainly not obstruction!
3/3 Knowing my father for 39 years when he "orders or tells" you to do something there is no ambiguity, you will know exactly what he means
Hoping and telling are two very different things, you would think that a guy like Comey would know that. #givemeabreak
Comey "I could be wrong"
So if he was a "Stronger guy" he might have actually followed procedure & the law? You were the director of the FBI, who are you kidding?😂
Did I miss something or did Comey just say he asked a friend to leak information to the press? Is this a joke?
Sen Blunt: If you told Sessions you didn't want to be alone with Trump again, why did you continue to take his calls?
Thanks James: Comey Debunks NYT report about Trump Campaign having repeated Russian contacts. https://t.co/YGKSFxaas3
Up Next

While Comey's testimony did advance the idea that Trump wasn't himself under an FBI probe, He did say the special counsel's look into Trump does involve a possible obstruction of justice charge.

The other argument that people like conservative commentators Laura Ingraham and Byron York are making is about a potential conflict of interest.

They both talk about the close personal relationship Comey and Mueller have which could lead to a conflict.

And just a month after he tweeted his support for Mueller, Newt Gingrich walked back his praise of the special counsel, Tweeting, "Republicans are delusional if they think the special counsel is going to be fair. Look who he's hiring. Check FEC reports. Time to rethink."

Republicans are delusional if they think the special counsel is going to be fair. Look who he is hiring.check fec reports. Time to rethink.

More from AOL.com:
Sean Spicer refuses to say if President Trump has confidence in Attorney General Jeff Sessions
Top senator: The extent of Russia's election attacks 'is much broader than has been reported'
Michelle Obama calls out President Donald Trump in her WWDC chat