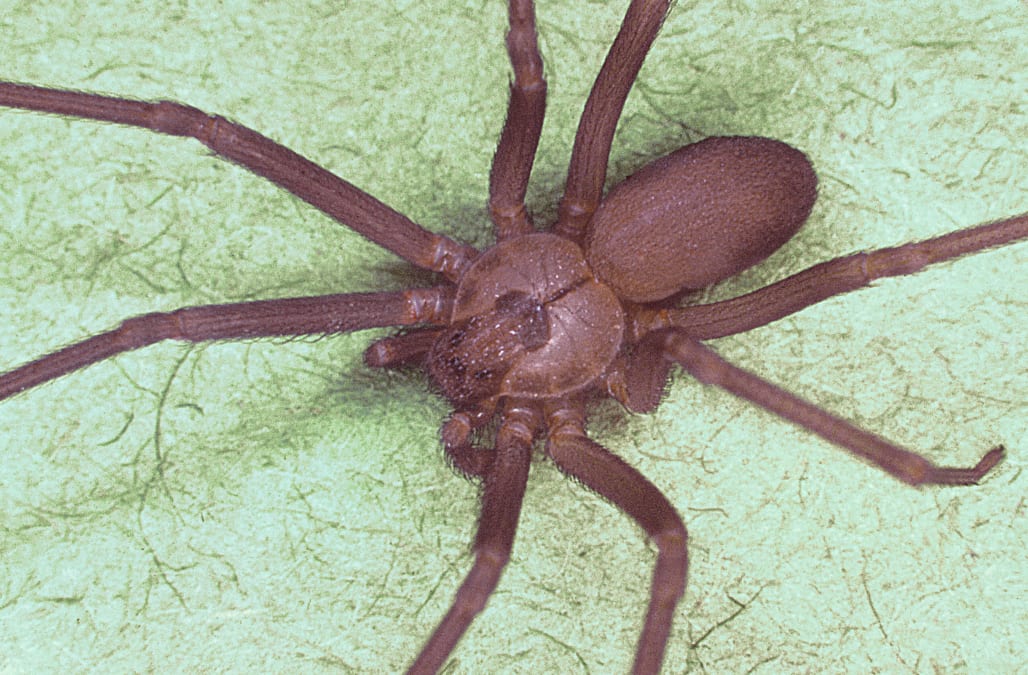 When a boy from Riverside, Kansas, put on an Iron Man costume he had tucked away in his closet, he didn't know about the brown recluse spider that called the outfit home.

That's when the venomous spider bit 7-year-old Greyson Bryant-Stuckey, leaving him with a welt that soon evolved into a rash that spread across his entire back.

Greyson's mother, Leanne Bryant, rushed the boy to the doctor, who she said immediately knew the cause.

"She said it was definitely a brown spider bite," Bryant said, however, the family didn't learn until later that it was a brown recluse spider that bit Greyson. Though the brown recluse's bite is not known to be fatal, its venom can cause serious pain and scarring, Greyson's doctor said.

Bryant said the venom would have started "eating away" underneath her son's skin if the family had waited any longer before seeking medical attention.

Brown recluse spiders, or Loxosceles reclusas, are roughly the size of a quarter with their legs extended, and experts say the shy arachnid usually prefers to hide in dry, dark places, where there are not as likely to bite unless disturbed.

"This time of year we tend to see a lot of brown recluses," exterminator Craig Betts told the station, "and the fact that people are moving residence, buying new houses, doing spring cleaning" tends to force the spiders out of their hiding places.

"It's like anything else. If it's left undisturbed, they're going to multiply rapidly and create a bigger problem," Betts said.

As for Greyson, his family reported their son's state has been improving, and he is now shaking out his clothes before putting them on, as experts advise just in case.