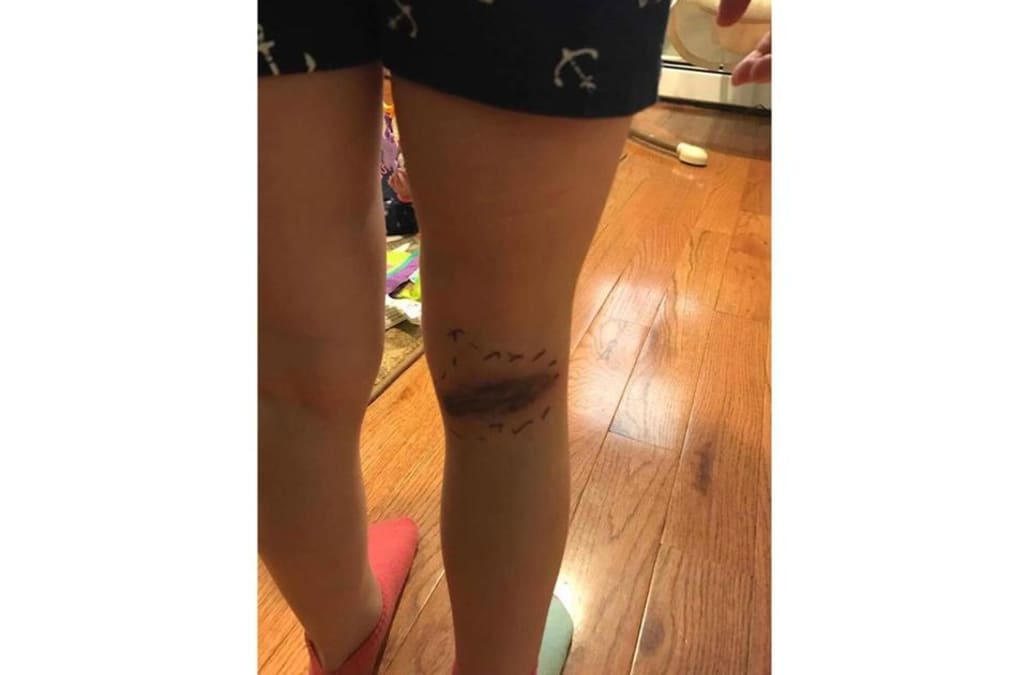 A Massachusetts family is issuing a warning to parents about the dangers of black widow spiders after having to rush their five-year-old daughter to the emergency room.

Mother Kristine Donovan told WCVB Sunday that she noticed a purple bruise-like spot on the back of her little girl's knee about a week ago.

Donovan, who said the spot looked like an innocent bug bite, sent her daughter, Kailyn, to school. But once school officials called to tell Donovan that her daughter had developed a fever, she immediately took Kailyn to the hospital.

See photos of one of the world's most deadliest spiders

"They knew it was a spider bite," Donovan said. "They didn't know what spider bite, so they gave her some antibiotics."

The first doctor Kailyn saw told Donovan that her daughter had developed a cellulitis, a common bacterial skin infection, and prescribed her antibiotics as such. But Kailyn's bruise didn't respond to the medication and started to turn black and purple.

So, Donovan took her daughter to UMass Memorial Medical Center, where Kailyn was forced to stay overnight on Friday.

The next morning, Donovan said an infectious disease doctor confirmed Kailyn was suffering from the bite of a black widow spider.

SEE ALSO: Spiders could theoretically eat every human on earth in one year

"I didn't know what to say," Josh Donovan, Kailyn's father, told the station. "It's not something you would expect, especially in Massachusetts. I've never seen it."

The black mark on Kailyn's leg had resulted from the venom of the poisonous spider, which could have been fatal if the family had waited any longer.

"If you think it's something, just keep looking for an answer," Kristine Donovan warns parents. "I had a feeling it was pretty bad, and I just kept pushing to have it checked out."

Black widows are most abundant in the southern part of the United States, where the environment is more suitable for their life cycle and activities. The black widow spider (Latrodectus mactans) can be primarily found in areas that are dark and dry.

More from AOL.com:
Pet boa constrictor found hiding in a palm tree
Adorable dachshund rescued from tree stump by authorities
Quinceanera diva cat gets a party fit for a princess