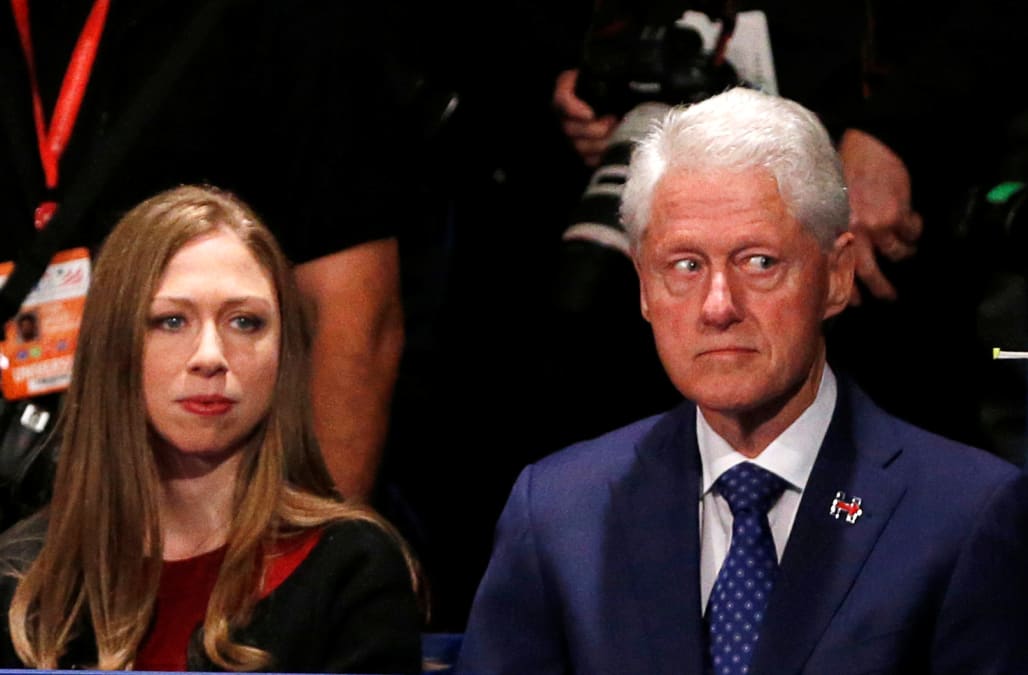 Philippine President Rodrigo Duterte attacked the daughter of former President Bill Clinton after he was criticized over a joke he made about his troops raping women, and he questioned whether she was just as incensed with her father after news surfaced of his affair with an intern at the White House.

"When your father, the President of the United States, was screwing Lewinsky and the girls there in the White House, how did you feel? Did you slam your father?" he asked Clinton Wednesday, referencing her father's scandalous affair with Monica Lewinsky, a former White House intern with whom Bill Clinton admitted to having an "inappropriate relationship" with while working at the White House.

RELATED: See photos of Chelsea Clinton through the years

The war of words between the two stems from remarks Duterte made about rape during an expletive-loaded speech at a Navy event last Friday.

After declaring martial law in the southern Philippines, Duterte gave a speech to his troops in which he told them they could "arrest any person [and] search any house."

"I alone would be responsible" for anything his troops committed under martial law, Duterte said, reportedly joking: "I will go to jail for you. If you happen to have raped three women, I will own up to it."

Clinton responded to Duterte's remarks on Twitter, calling them, "Not funny."

"Duterte is a murderous thug with no regard for human rights. It's important to keep pointing that out & that rape is never a joke," she added in another tweet.

Hi Kevin -Duterte is a murderous thug with no regard for human rights. It's important to keep pointing that out & that rape is never a joke.

Duterte, who has a reputation for making profane and sometimes outrageous statements, said he was being "sarcastic" during his most recent controversial comment.

In the past, the Duterte has attacked Barack Obama, journalists and human rights activists. He has never attacked Donald Trump, who praised the Filipino leader for an "unbelievable job" on his drug program.

His blunt talk has drawn comparisons to President Trump, who similarly eschewed so-called "politically correct" language during the 2016 presidential campaign.

More from AOL.com:
A dubious Russian document may have swayed former FBI Director Comey's treatment of the Clinton email probe
Denmark's 'little mermaid' doused in red paint by protesters
China is behaving like a 'bully' in South China Sea: McCain